We all know a full moon is supposed to bring werewolves and vampires out into the open. Belief in its power to drive us mere mortals a little mad is ancient and widespread. Such notions even gave rise to the word lunacy.

... the practice of bacha bazi -- sexual companionship between powerful men and their adolescent boy conscripts.
This phenomenon presents a system of gender reversal in Afghanistan.  Whereas rural Pashtun culture remains largely misogynistic and male-dominated due to deeply-ingrained Islamic values, teenage boys have become the objects of lustful attraction and romance for some of the most powerful men in the Afghan countryside.
Demeaning and damaging, the widespread subculture of pedophilia in Afghanistan constitutes one of the most egregious ongoing violations of human rights in the world. The adolescent boys who are groomed for sexual relationships with older men are bought -- or, in some instances, kidnapped -- from their families and thrust into a world which strips them of their masculine identity. These boys are often made to dress as females, wear makeup, and dance for parties of men. They are expected to engage in sexual acts with much older suitors, often remaining a man's or group's sexual underling for a protracted period.

Sunday Reads - Nights out in a New Town & Jailed for Miscarrying

A three-part video series from The Economist on how the world economy has changed since the financial crisis of 2008.

Watch the complete series here.
No comments: Links to this post 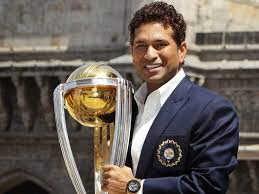 Watch this Telegraph slideshow on the cricketing milestones in the career of Sachin Tendulkar.
1 comment: Links to this post

16 Nuggets of Wisdom from Steve Jobs

Roger Federer is one of my most favourite sportspersons. The incredible tennis star is hugely talented yet very very humble.

I especially like Federer's perspective on work and happiness: "Sometimes you're just happy playing. Some people, some media, unfortunately, don't understand that it's okay just to play tennis and enjoy it. They always think you have to win everything, it always needs to be a success story, and if it's not, obviously, what is the point? Maybe you have to go back and think, Why have I started playing tennis? Because I just like it. It's actually sort of a dream hobby that became somewhat of a job. Some people just don't get that, ever."

The only Finnish word to make it into everyday English is "sauna". But what it is, and how much it means to Finns, is often misunderstood - and it's definitely not about flirtation or sex.

In a dimly lit wood panelled room, naked men sit in silence, sweating. One beats himself repeatedly with birch branches. Another stands, takes a ladle of water and carefully pours it over the heated stones of the stove in the corner.

A government shutdown is problematic but decidedly noncatastrophic. Not because the government isn’t important, but because the prevailing interpretation of the law is specifically designed to avoid catastrophe. The debt ceiling is another matter. Nobody really knows what will happen if we breach the debt ceiling because it’s never happened before. And everyone worries that it will be awful because nobody’s created any legal provision for not making it awful. A breach is sometimes characterized as a default on the national debt. But it’s actually weirder than that. (End of excerpt)

A graphic from the Economist on the U.S. government finances.