The Explainer - Ukraine: The Orange Revolution That Turned Bitter

Chaos rule Ukraine. The former Soviet republic is in deep turmoil. In the last few weeks, a host of political developments have taken place in Ukraine and its province, Crimea. Some of the developments have taken acquired geostrategic overtones, turning the internal affairs of Ukraine into an international political slugfest between Russia on one side and the United States and the European Union on the other side.

Events are moving at a fast-pace in Ukraine and Russia. Given the number of parties involved—Ukraine, Russia, the European Union and the United States—and the varied interests they have, it becomes important that I discuss this issue in great detail. To this end, I will split this Explainer on Ukraine into two parts; in this first part, I will focus on the parties involved and the genesis of the current crisis, which dates back to the so-called Orange Revolution in 2004 while the second and concluding Explainer on Ukraine will analyse the evolving situation and what it means for all involved. In the second part of this Explainer I will also focus on the Russian designs on eastern Ukraine.

Latest Developments
However, to recapture the latest developments in Ukraine in a nutshell, here they are. Ukraine’s parliament voted to remove President Viktor Yanukovych; Parliament appointed opposition leader Oleksander Turchynov as speaker/Interim President.

In the vote, parliament also moved to have early elections on 25 May 2014. Imprisoned opposition leader and former prime minister Yulia Tymoshenko was released after spending 2 1/2 years in prison. The death toll in clashes between anti-government protesters and police climbed to over 160.

The protests broke out in November last year following Mr Yanukovych’s unwillingness to sign a trade deal with the European Union and instead accept financial help from Russia. The protests remained largely peaceful until January, when some anti-government activists were killed. But the violence escalated after the president’s forces attacked following a broken truce, leaving dozens dead.

Brief backgrounder on Ukraine
is located in southwest former . It is bounded in the east by Russia, the north by Belarus, the west by Poland, Slovakia, Hungary, while Romania and Moldova are to the country’s southwest. In the south, there is the Black Sea and the Sea of Azov. Ukraine has a temperate continental climate. Rainfall is unevenly distributed. Winters are cold with regular snowfalls everywhere except the South. Summer is quite hot and dry. The Ukrainian territory consists mostly of fertile plains or steppes. Then there are the Carpathian and Crimean mountain ranges. The country is agriculturally prosperous, especially in the production of wheat and vegetables. Among the former Soviet republics, it is the most densely populated. The country is rich in minerals, especially coal and iron. It has a population of about 44 million and an area of 6.03 lakh square kilometre. Native Ukrainians comprise about 82% of the total population while Russians make up 17% of the population.
Political Setup
In 1991, when the disintegration of the Soviet Union became apparent, the Ukrainian parliament declared independence from the communist superpower.

Today, Ukraine is a Presidential Republic. The President has the power to appoint and dismiss ministers and regional governors. He also has the power to initiate legislation. The President also nominates the Prime Minister who must be approved by the Parliament called Verkhovna Rada. It is widely believed that the Ukrainian political system is characterised by excessive state control, widespread corruption, and rampant abuse of state machinery by the political and bureaucratic classes.
The 2004 Orange Revolution
Most of the Ukrainian political players involved in the current dispute came into international prominence in the aftermath of a disputed election in 2004.
A disputed election campaign and the consequent disputed result plunged the country into a leadership standoff. The two lead candidates for the presidency were then Prime Minister Viktor Yanukovych and his rival Viktor Yushchenko.
Viktor Yanukovych, backed by Russia (and by then outgoing president Leonid Kuchma, who was also pro-Russia), made a strong relationship and greater integration with Russia as his main political plank. For this reason, Russia openly threw its weight behind Yanukovych.
Viktor Yushchenko, a pro-Western liberal, promised closer ties with the European Union and in fact, he ardently stood for Ukraine’s integration into European Union. In the November 2004 presidential election, Yanukovych was declared the winner with 49.4% of the total votes polled, while Yushchenko finished runner-up with 46.61%.

The Opposition cried foul and accused the Yanukovych government of committing widespread fraud in the electoral process. International observers from the European Union (EU) and the Organisation for Economic Cooperation and Development (OECD), who were in the Ukraine as neutral observers, also found glaring irregularities in the election process.
Yushchenko and his supporters besieged the presidential palace in the capital, Kiev, waving orange flags (the party’s flag), calling for the annulment of the election. International observers have coined a nickname for these developments – Orange Revolution.
A month after the election, the country’s Supreme Court annulled the result of the presidential election and called for fresh elections. In the election, Yushchenko won handsomely. He made Yulia Tymoshenko the prime minister in his government.
With an eye on integration with the European Union, Yushchenko’s government moved toward stepping up cooperation with the EU. Kiev’s pro-EU policies set off alarm bells in Moscow.
Russia feared that if Ukraine became a member of the EU, then not only will the EU come to Russia’s doorstep but it will also significantly lower the political and strategic influence Moscow could wield in its neighbourhood.
Unfortunately, the fruits of the Orange Revolution soon turned bitter for Yushchenko’s government. His government, especially prime minister Yulia Tymoshenko, was accused of perpetuating the system of crony capitalism, rampant corruption and systemic abuse of the government machinery by the political and bureaucratic class.
Both Yushchenko and Tymoshenko paid for their failure to reap the dividends of the Orange Revolution. In early 2010, after Yushchenko was denied his party’s nomination, Yulia Tymoshenko lost the presidential election to her bitter rival, Yanukovych. Soon after, she was jailed for abuse of official power.
It seemed history had turned a full circle in Ukraine. Yanukovych went back on his predecessor’s integration plans with EU and moved closer to Moscow. A faltering economy, political repression, crony capitalism and moving away from the EU and getting closer to Russia once again brought the Ukrainians into the street, sparking widespread protests against the government.


In the second part, soon to be published, I will focus on the current developments in Ukraine and Russia's plans in the region.
3 comments: Links to this post 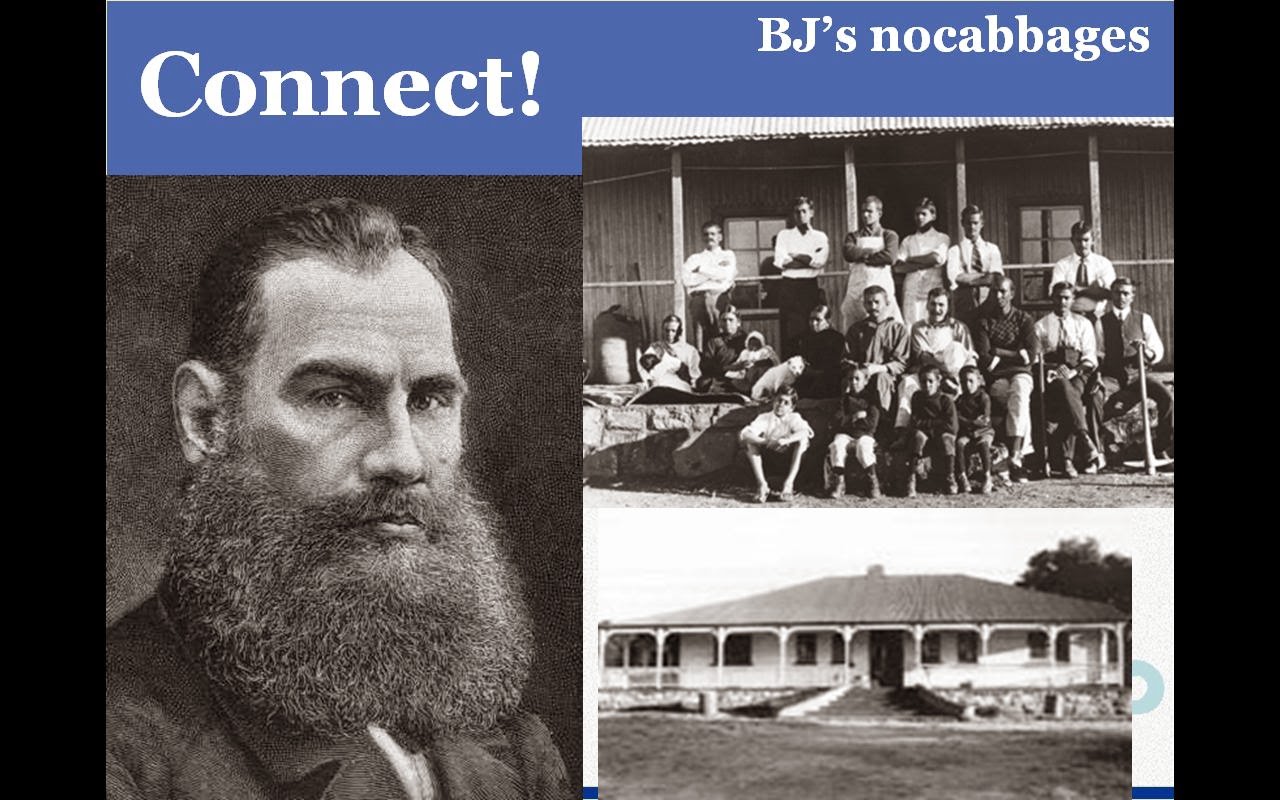 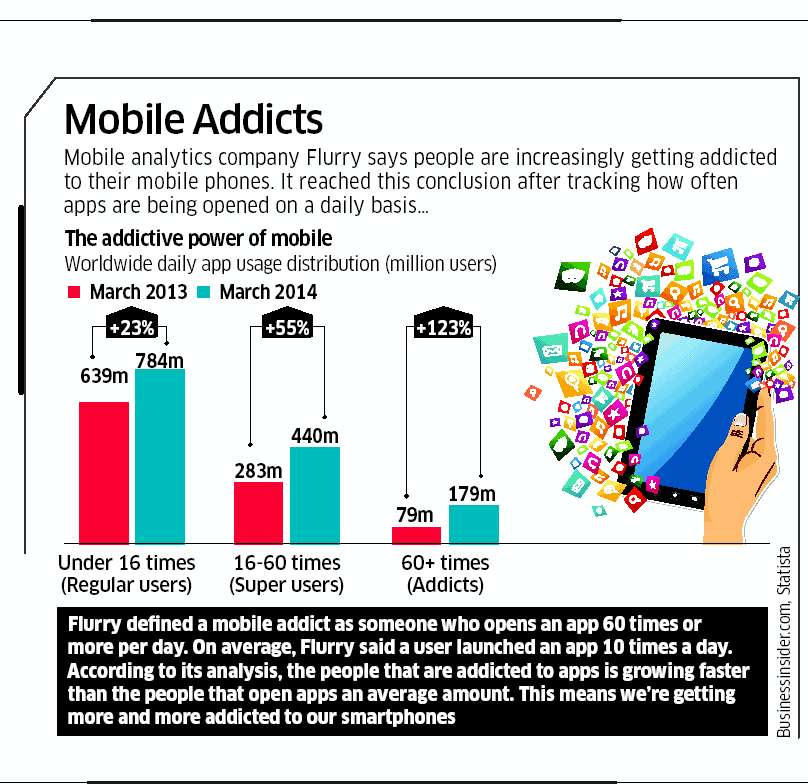 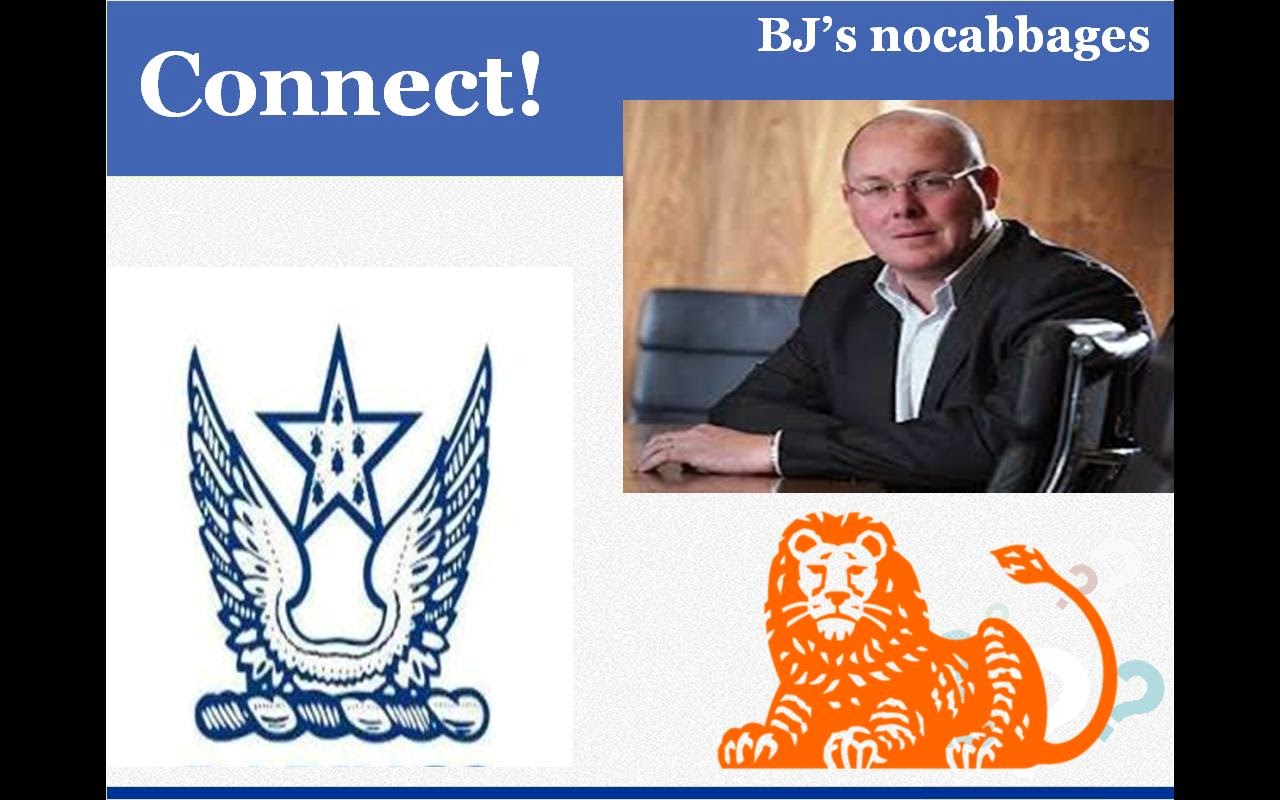 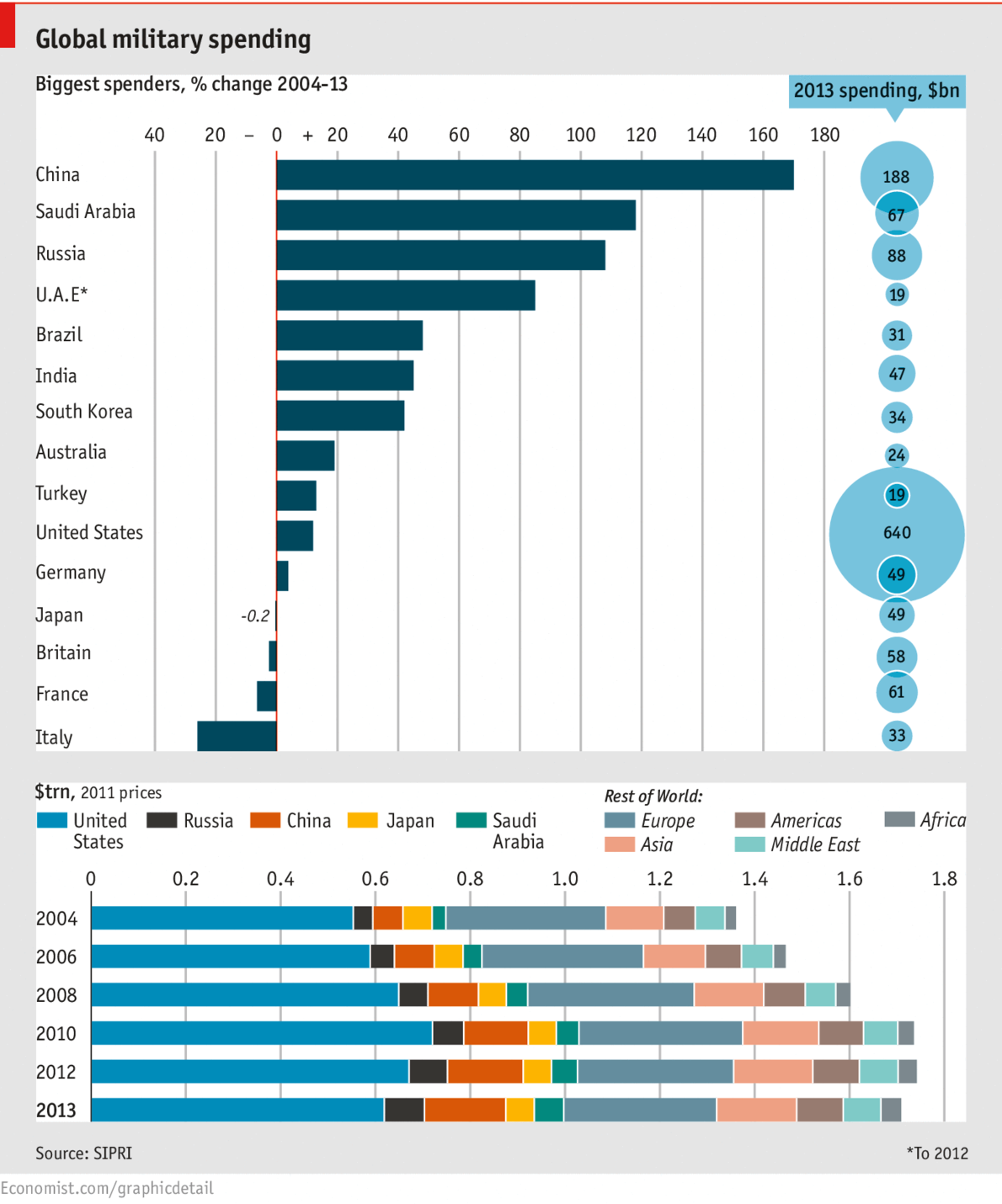 What is common to Mukesh Ambani, Richard Branson, John Chambers, Satya Nadella, Ajay Banga, and Shantanu Nayaren? Of course, they are hugely successful business leaders. Apart from that, what is the common thing that connects them all?

"Being smart, having capital, getting along with people, buying low, selling high -- these are all important things that every good manager does. But if you want to really be part of that group of successful leaders then you must always be thinking ahead. Way, way head. You must ask yourself all the time what decisions will I be making (or not making) today that will affect my business not next week or next month, but two, three, four years from now?"

Go to Entrepreneur.com to read the complete piece titled, 'The One Trait Successful Leaders Share'.
No comments: Links to this post

This week's quiz, delayed by a day, features an easy question. 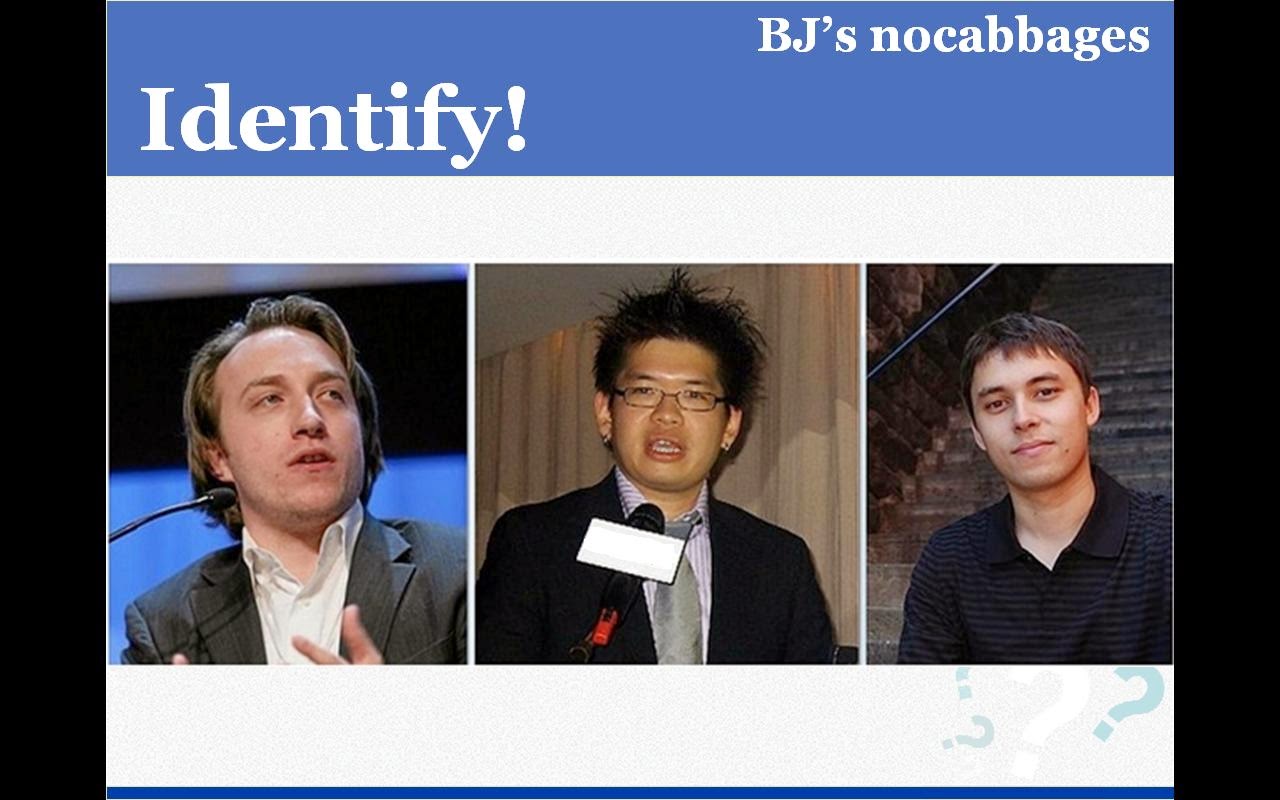 Tuesday Quiz, which appears in this space on this weekday, will appear tomorrow. 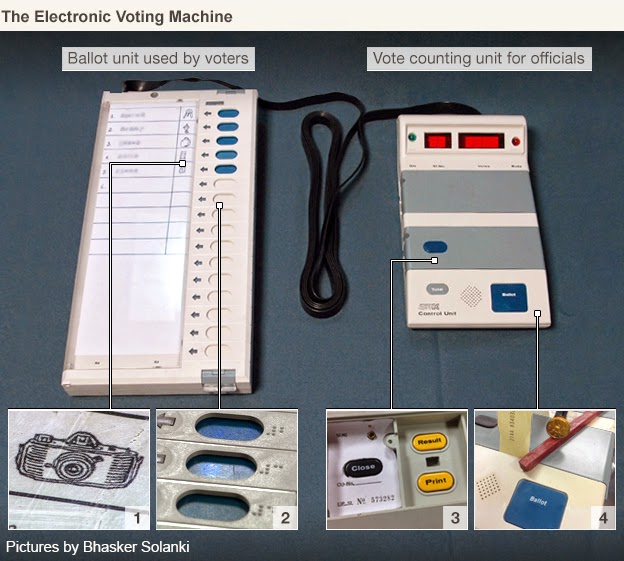 How the Electronic Voter Machines work:
1) Candidates' names are written in the majority languages and scripts of the constituency. To help illiterate voters, each candidate is also identified by a symbol: the lotus for the BJP, for example, or a hand for Congress. Non-affiliated candidates can choose a symbol from an approved list.
2) Voters press the blue button next to their preferred candidate to cast their ballot. For the first time, there is a button for None of the Above, as well as a serial number in Braille to help visually impaired voters.
3) The control unit stores the votes and runs on a battery so that it can keep working in case of a power cut. During counting, the serial number of each candidate appears, along with the total number of votes cast.
Once poll officials press the Close button under the flap, the machine stops recording any more votes. It is used at the end of polling or if anybody tries to forcibly enter a polling station with the intention of casting fraudulent votes.
4) To prevent anyone tampering with the unit holding the voting information, the unit is sealed with old-fashioned wax, supplemented by a secure strip from the election commission and a serial number.
Text and picture from BBC.

(From the archive: The Explainer: What is Fiscal Deficit?)

Infographic: How India forms a government


AlJazeera has a terrific infographic, which I believe is one of the best explanatory graphics on Indian polity and elections. 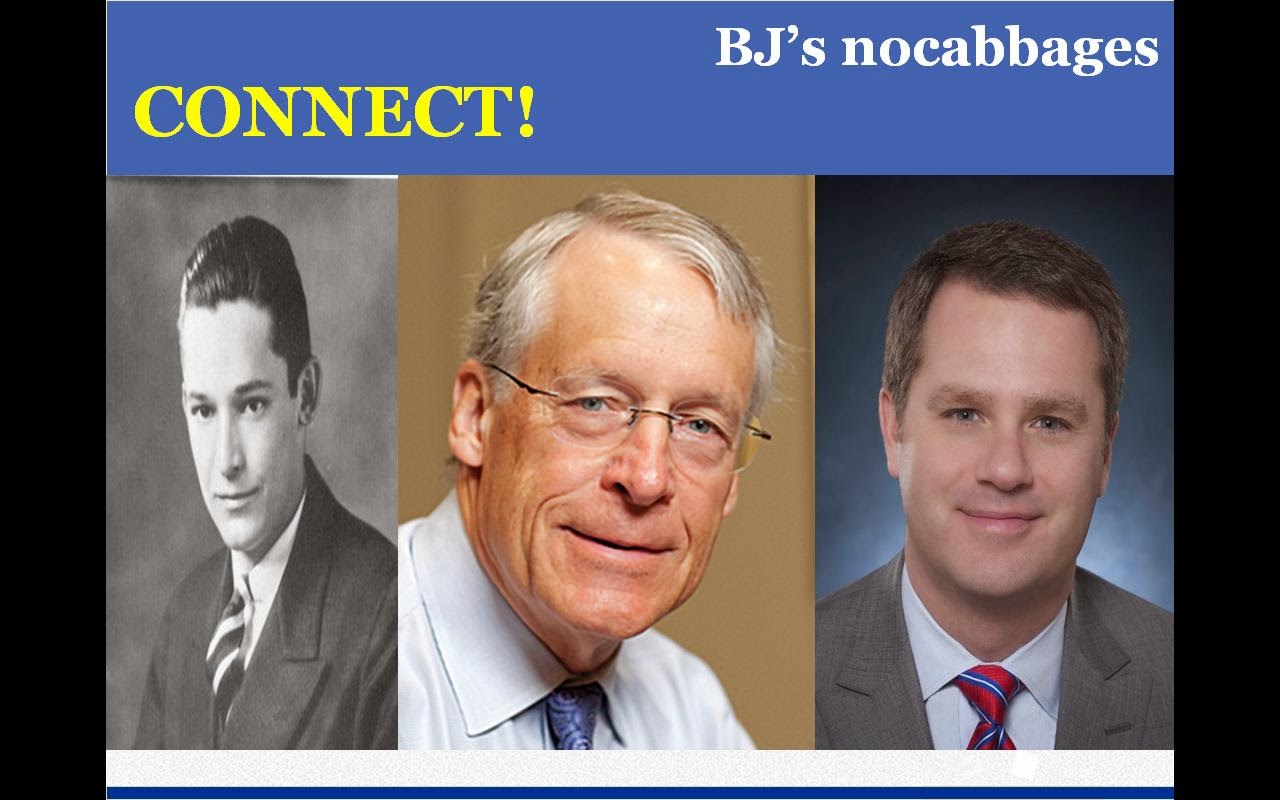 by annavital.
Explore more visuals like this one on the web's largest information design community - Visually.
No comments: Links to this post 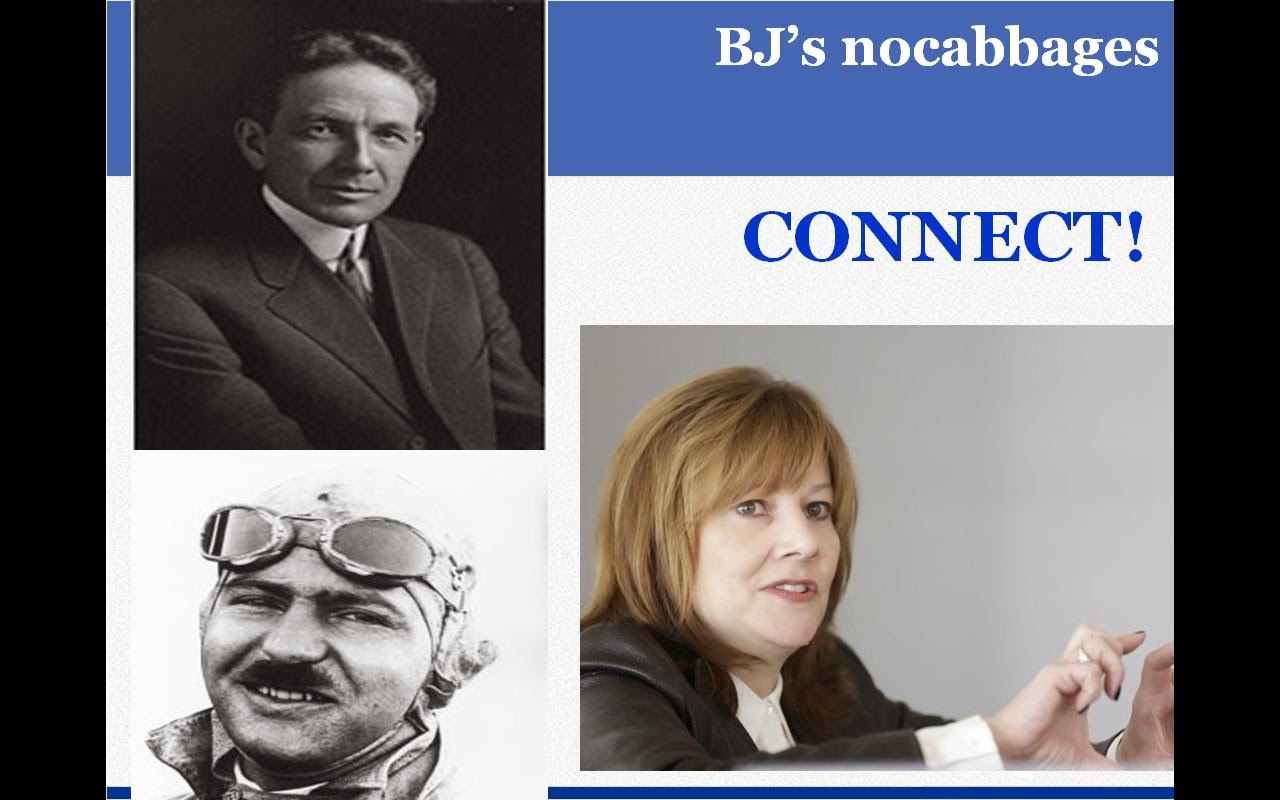