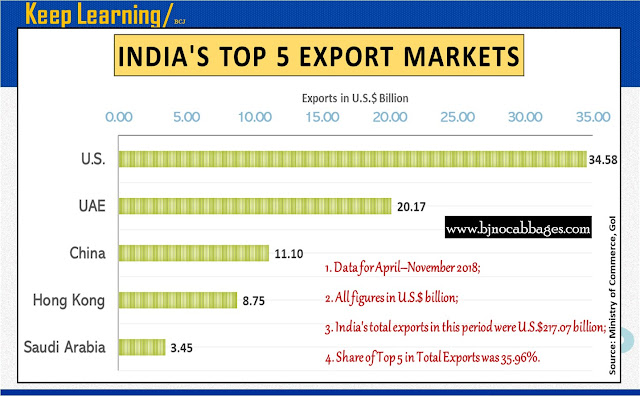 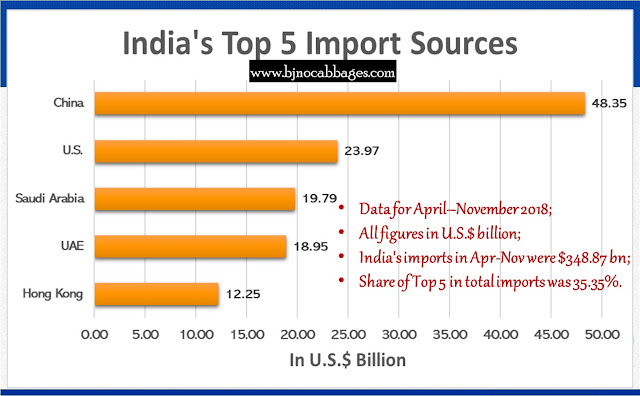 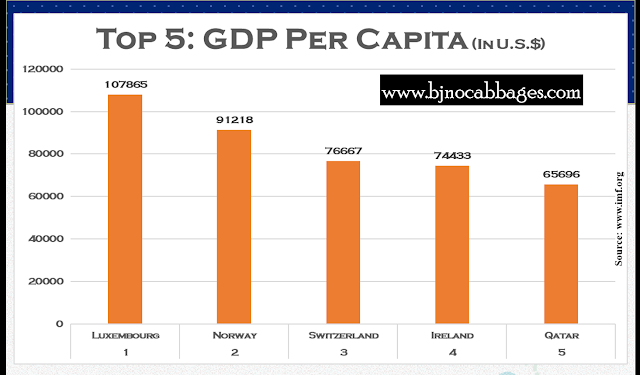 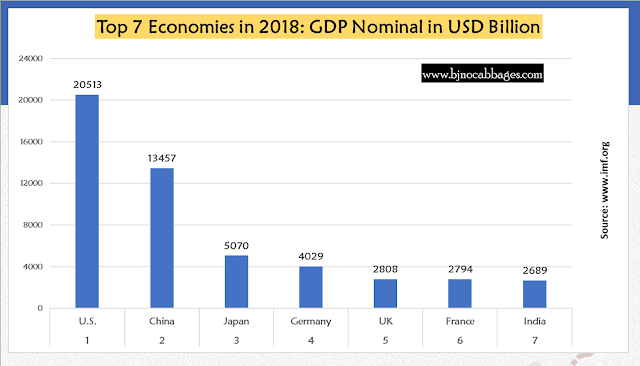 The murder of Jamal Khashoggi has brought intense focus on Turkish leader Recep T. Erdogan's campaign against Saudi Crown Prince Mohammad bin Salman. I will explore a couple of major reasons behind the purpoted angst of the Turkish leader.


Who was Jamal Khashoggi? Jamal Khashoggi was a Saudi Arabian journalist and an insider in the Saudi royal court. He fled to the U.S after running afoul of the current royal administration in Saudi Arabia. A vociferous critic of the Saudi Arabian royal house, especially the Crown Prince Mohammad bin Salman, he was a columnist for the Washington Post newspaper and head of an Arab news channel.

On 2 October 2018, he visited the Saudi Arabian consulate in Istanbul to collect documents pertaining to the dissolution of his marriage to a Saudi Arabian woman; the documents were necessary for him to get married to his Turkish fiancée. He was murdered inside the consulate by Saudi Arabian intelligence officials. Till date, no trace of his body has been found.

Read Who is Mohammad bin Salman?

The murder of Jamal Khashoggi has since thrown West Asia into turmoil. The Khashoggi saga has embroiled Saudi Arabia and Turkey in a war of words, with the U.S. squeezed between its two important allies. The following are the major players in the Khashoggi saga: Saudi Arabia, Turkey, the United States, Iran, Qatar, and the Muslim Brotherhood.

Turkey directly implicated Saudi Arabia of carrying out the murder on its soil, even pointing a finger at the Crown Prince Mohammad bin Salman for his involvement. Turkish President Recep T. Erdogan claimed the possession of unimpeachable evidence of the involvement of the Saudi Crown Prince, suggesting that the order for the murder “came from the highest authorities in the Saudi administration”.

Why did the Turkish President get so worked up about the murder of a Saudi dissident? The answer to this seemingly distasteful question lies in the ‘great power’ ambitions of the two countries.

The Saudi Arabian involvement in the ousting of the democratically elected government in Egypt angered Erdogan, a die-hard supporter of the Muslim Brotherhood. The murder of Jamal Khashoggi came in a blessing for him to put the Saudis on the mat. He leaked evidence of the involvement of the Saudi Crown Prince in the Khashoggi murder case in a calibrated manner; in fact, the method was so effective that it has been called “death by a thousand leaks”.

Saudi Arabia botched its response to the Khashoggi murder saga; from firmly denying its involvement to calling it a rogue intelligence operation without concurrence of the royal house, the Saudi Arabian government came across as confused and unprepared for the massive backlash from the international community.

There is another reason behind Turkey’s shrill campaign against Saudi
Arabia: Fethullah Gulen. Gulen, a friend-turned-foe of Erdogan, lives in self-imposed exile in the United States. He runs a social and charity organization engaged mostly in education activities. His organization is widely popular across Turkey, with millions of members, with thousands of them in influential positions in the administration.


Erdogan accused Gulen of instigating the July 2016 military coup. Thousands of
his followers were arrested while another 1.5 lakh were fired from their jobs in the administration, including in the military. Turkish jails are full of Gulen’s followers with allegations of vendetta flying thick.

Erdogan has demanded the extradition of Gulen from the U.S., a request Washington has repeatedly turned down, citing lack of credible evidence from the Turkish government.

It is believed that Erdogan is using the Jamal Khashoggi issue as a bargaining chip: Erdogan will stop badgering the Saudi Royal House (i.e., Crown Prince MbS) if the U.S. hands over Gulen to Turkey.

Why will the U.S. agree to this arrangement? A major reason could be the extraordinary pressure from Saudi Arabia on Donald Trump; Trump sees MbS as an important cog in the U.S. policy in the region.

If you have been following the Jamal Khashoggi saga, you would have noticed that the noise from Turkey against MbS has subsided considerably; maybe the Gulen factor is at play. We do not yet know.
No comments: Links to this post

The Explainer: Who is Mohammad bin Salman?

Muhammad bin Salman, the Crown Prince of Saudi Arabia, has come to dominate the politics of his country and the region. His policies and action (both domestic and foreign) are changing the political landscape in West Asia. 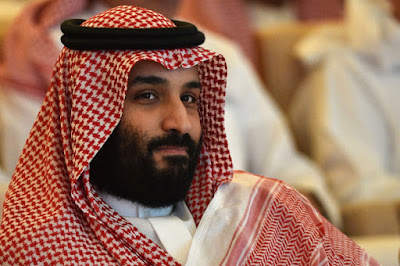 Virtually unknown in the corridors of power before his meteoric rise, MbS, as he is popularly called, was appointed the Crown Prince in June 2017. Today, he is also the kingdom’s Deputy Prime Minister, Minister of Defence, Chairman of the Council for Economic and Development Affairs, and Chairman of the Council of Political and Security Affairs.

MbS is the most powerful person in today’s Saudi Arabia. The King, his father, trusts him blindly and has stood by him even as the calls for the Crown Prince’s removal for his involvement in the botched Yemen War and the Jamal Khashoggi murder saga grow louder.

Reformer. MbS is seen as an ardent reformer by his supporters. They point to the several reforms he has ushered in the deeply conservative country: lifting the ban on women drivers, allowing cinemas and music concerts, and introducing a spate of economic reforms. The once all-powerful religious police have now been restricted to the barracks.

Megalomaniac. MbS’ detractors, and there are many, describe him as megalomaniacal and impetuous. They cite his catastrophic war campaign in Yemen and the ill-planned embargo against Qatar as examples of his whimsical behaviour.

They also describe him as power-hungry, someone who cannot tolerate dissent; the jailing of hundreds of political dissidents, including women activists, is a case in point.

The Saad Hariri Incident. Another example is his treatment of the Prime Minister of Lebanon, Saad Hariri. When Hariri arrived in the Kingdom to meet King Salman, he was bundled to an unknown location; there was a complete blackout of the news concerning Hariri, a leader of a sovereign nation. One week later, Hariri was forced to tender his resignation from the prime minister’s post of his country from the soil of a foreign nation. His freedom from the clutches of the Saudi Arabian government came only after the French President Emmanuel Macron went to Riyadh to negotiate his release. Once back home, Hariri withdrew his resignation. Analysts believe that he paid the price due to his inability to stem the growing influence of Iran and its Lebanese proxy, Hezbollah, a Shia militant group.

Whipping the Cream of the Saudi Society. The incident that jolted the elite Saudis most took place in November 2017. Around 200 prominent Saudis, including the former Crown Prince Muhammad bin Nayef and Bakr bin Laden, the head of Saudi Binladin Group (a construction giant), were rounded up and detained for several months on the orders of MbS. The entire operation was described as a campaign against corruption and embezzlement; the detained were accused of enriching themselves at the cost of the Saudi State. It is believed that a few of those detained were tortured and forced into giving up their wealth. Bakr bin Laden and his two brothers were forced to transfer their 36 per cent shareholding in Saudi Binladin Group to a state-controlled company, overseen by MbS.

The second part of this article will appear tomorrow.