If you are preparing for any competitive exams, like related to bank, management, and civil services, the graphs below can help you a great deal. 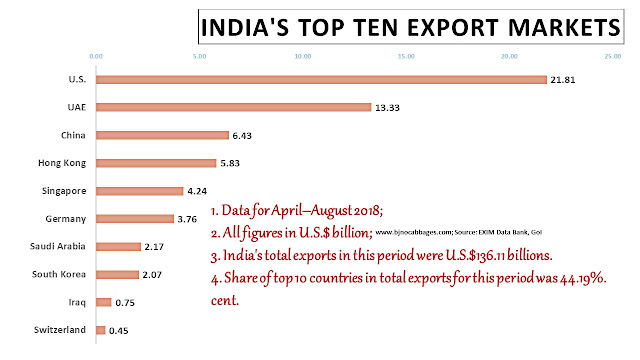 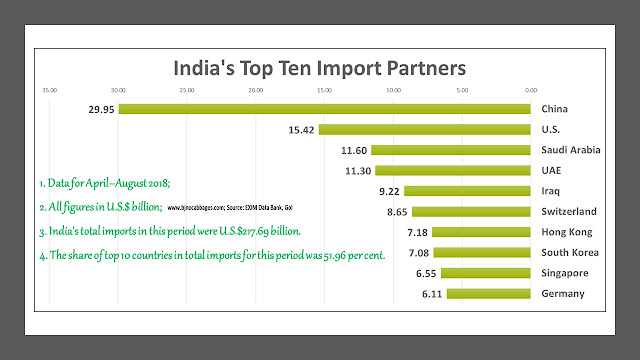 
Check out these videos to rev up your learning this weekend.
No comments:

Did India exist as a political entity before 1947?

The second speaker was Prof. Runa Sarkar, Dean and Professor of Economics at the Indian Institute of Management Calcutta (IIMC). She opened her remarks with a flourish:

“I think the topic is about India’s rich legacy. But India as a political entity became a reality only in 1947. So, I think we should interpret the topic as ‘legacy of the Indian subcontinent’.”

This is the usual semantic gimmickry that the liberals often come up with. I wanted to confront her with one question:


"So, did the British, in 1600, set up the East ‘Subcontinent of India’ Company or did they name it the East INDIA Company?"

But I was not allowed to ask a second question. The well-meaning moderator said that other folks in the audience should get a chance to ask questions.  Well, then came a great question from a gentleman:


"I think the greatest legacy of India is her spiritual heritage. What do you think should the younger generation do to take it forward?"

"I do not think the spiritual legacy you mentioned is the exclusive preserve of India. There is no legacy that is only our own. It belongs to the world at large."

Living in denial comes so natural to the liberals. Is that how such an insightful and deeply relevant question should be answered?

The Gap between India's Intelligentsia and Her Common People

On 1 October 2018, I was at St Xavier's College, Kolkata, as a member of the audience at a panel discussion, followed by the launch of their thirteenth annual publication named YOUTHINK (to which I had contributed an article as a guest author). The event was billed INTELLIGENTSIA 2018.

The topic for the panel discussion was ‘Hopes from Hindsight: Can India strategically capitalize on a rich legacy?’ The panelists were

• Justice Asok Kumar Ganguly, a former judge of the Supreme Court of India and former chairman of the West Bengal Human Rights Commission;
• Dr Runa Sarkar, Dean (Academics) and Professor of Economics at IIM Calcutta, and
• Aarti Sharma, head of the eastern and northeastern operations at OYO Rooms.

The discussion was moderated by Dr Surendra Munshi, retired Professor of Sociology at IIM Calcutta. After spending close to two hours in his presence, I could sense his high learning, wisdom and great ability to navigate through contentious issues.

Justice Ganguly was the first speaker; his opening remarks were insightful, especially his rendering of a poem depicting Draupadi’s perspective on dharma and a woman’s place (in her context) in a man’s world. He was followed by the other speakers (more about them later in my next post). In this post, I will share the question that I asked Justice Ganguly.

In his second intervention, Justice Ganguly declared that the two prime reasons the British could conquer the world were: their liberal education and their sense of justice. He elaborated his argument by recalling the establishment of great institutions of learning in India (a reflection of their liberal education) and the application of equity in their legal system. He further quoted the names of some eminent freedom fighters like Mahatma Gandhi and Jawaharlal Nehru in this case.

I was stunned to hear this line of argument, especially as it came from an eminent man of learning with decades of experience in public life.

After about a 45-minute discussion came the Q&A.

Here’s what I asked after being freely allowed by the moderator (there were only three guys who wished to ask questions):

“My name is Bharat C. Jain. I wish to ask Justice Ganguly about his remarks on the Britishers’ liberal education and sense of justice. I disagree with what your views.

“Sir, forgive me for what I am going to ask you for it is in direct contravention of what you mentioned earlier. I am not as learned as you are.

“The British established great institutions of learning in India not to educate Indians but to raise an army and a bureaucracy subservient to their British masters… to advance their political and commercial interests.

“The British practice of law was based on inequity. They had two different sets of laws (and forms of punishment) for the British and for the Indians.”

What did Justice Ganguly say?

“Yes, the British did all that [what I mentioned] because they wanted to establish a colony in India.”

The highly learned man agreed with my stand but only when confronted. Why were such historical distortions peddled?

The episode lay bare the huge gap between the intelligentsia (persons of high learning) and the common people like me. For ages, the intelligentsia have set the tone for public discourse (on issues like the equity of the British justice system in colonial India) and the common people have accepted such factual distortions without even a hint of murmur.