If you are preparing for GD, Essay Writing (WAT) and Interview at India's leading b-schools; this is especially helpful for IIFT. 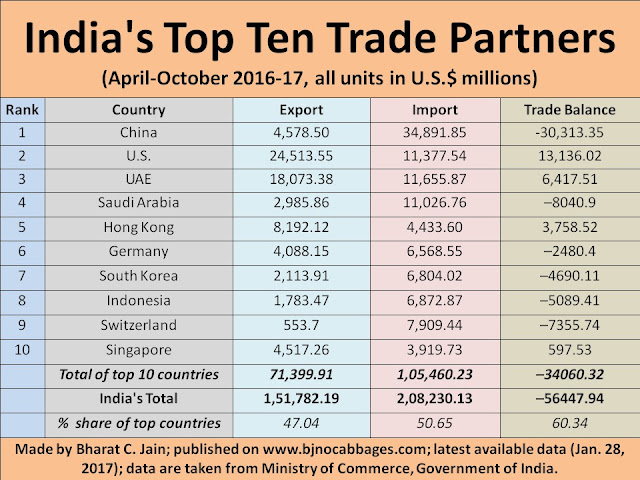 The Best Way to Crack GDPI

My last two posts focused on General Topics for GDPI and Economic Issues for GDPI.

In this post, I will dwell on the other important aspects that you should focus on:

(e) Also, prepare for questions on

Be invested in your future. Be passionate. Work hard. Keep learning!

If you have secured or are expecting an interview short-list from a b-school, you should now focus on your preparation for the highly competitive and rigorous stages like GD, Essay (variously called Written Ability Test or Writing Test), and Interview (GWPI).

To put in a great performance in GWPI/GDPI, please focus on the following global and national economic issues:


Next part: General GK for GDPI
No comments:

A seemingly innocuous phone call between the U.S. President-Elect Donald Trump and Taiwan's President Tsai Ing-wen ignited a war of words between China and Donald Trump.

In a series of short articles, I will focus on the historic and current status of the relationships between the U.S.-China, U.S.-Taiwan, and China-Taiwan.

The following are the major issues that characterize the uneasy relationship between the U.S. and China.

(a) Tibet and the Dalai Lama;
(b) Taiwan, especially arms sales to the island nation;
(c) Xinjiang and Uighurs;
(d) China's claims over the South China Sea;
(e) Beijing’s abysmal human rights record, including denial of political freedom to political dissidents;
(f)  disagreement over climate change, especially on measures to tackle it;
(g) trade-related disputes like currency valuation;
(h) China’s behaviour in international forums, like in the UN on the Syria issue;
(i)  Chinese espionage, especially industrial and defence, and
(j)  cyber-attacks on American corporations;.

Of the above, there are two that cause China the greatest discomfort: Tibet and Taiwan. In the coming series of short posts, I will explain some of these disputes.
No comments:

Should Apple get tax breaks in India?

Apple is the world's biggest technology company by revenue. The company has, because of its tax-avoidance approach, often got into regulatory crosshairs. In August 2016, the Cupertino, California-based tech behemoth was ordered by the European Union to pay a fine of euro14 billion for breaking tax laws.

After years of neglect and if I may say, marketing myopia and downright arrogance, Apple has evinced interest in setting up production units in India. It won’t directly own the production units; rather, they will be set up by Wistron, a contract manufacturer of electronic devices. Also, it won't export its made in India phones and other devices!

In India, a single brand retailer has to source 30% of the stuff sold from local business units; this, the Government believes, will give impetus to local industry to invest better technology and thus enhance overall manufacturing ecosystem and higher employment generation.

About six months back, Apple asked for a waiver of this 30% local sourcing clause and the Government of India agreed to it on the condition that such waiver will be for the first three years only. Now it is asking for more in terms of tax breaks and other concessions. I think the government should not concede any more concessions than are available to all such companies in the sector. I am sure giving into Apple’s demands will create a lot of heartburn and set a bad precedence.

Infographic: How to be a Google Power User

I have resolved to blog on a regular basis, starting with this infographic from here.