Sunday Reads: All about Brexit


Check out this Brexit omnibus edition.

BBC has an explanatory infographic on steps to UK leaving the EU. 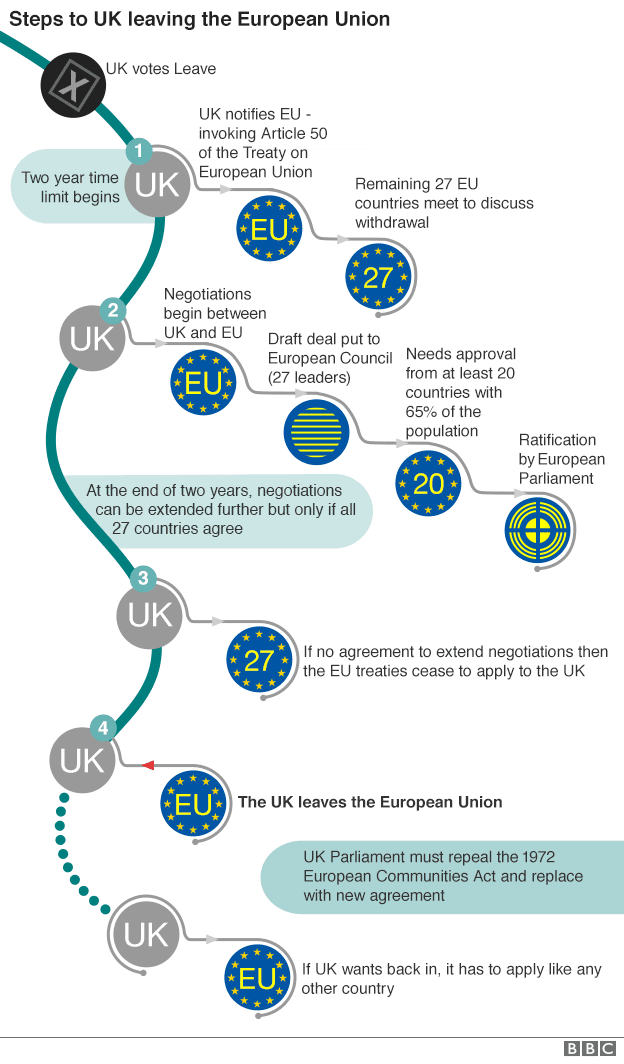 The RBI Governor, Dr Raghuram Govind Rajan, is on his way out. He deserves a lot of credit for bringing inflation under control and focusing on the massive non-performing assets (NPAs) of public sector banks.

Various quarters (like the finance ministry, industry, home-owners) have pilloried him for ignoring their demands to cut interest rates. In fact, this particular action has drawn the ire of many (like Dr Subramanian Swamy) who accuse him of sabotaging the Indian economy by deliberately keeping the interest rates at a higher level.

In this context, this short Explainer will focus on Interest Rates.

What is Bank Rate?
This is the rate of interest charged by the Reserve Bank of India (RBI) on long term loans made to the commercial banks (like State Bank of India).

What is Repo Rate?
This is the rate of interest charged by the Reserve Bank of India (RBI) on short term loans made to the commercial banks.

What is Reverse Repo Rate?
This is the rate of interest charged by the commercial banks on short term loans made to the RBI.

The Central Government has been nudging the RBI, albeit unsuccessfully, to cut interest rates. In this context, it should be understood the Central Government wants the Repo Rate to be reduced. Why?
A reduction in Repo Rate would mean that the commercial banks would have to pay a lower rate of interest on money borrowed from the RBI. The commercial banks could pass on this benefit to commercial borrowers (like us); this would lead to a fall in the rate of interest paid by us to banks (on loans). Thus loans become cheaper, meaning borrowing becomes less burdensome and thus more attractive.

How does that help me as an individual? As an individual, the interest you pay on a loan (of any kind) will come down; consequently, you will save more and may use that (saved) money in either further savings or buy some stuff (like consumer durables). This in turn will spur demand for goods and services.
Does this help business? Now, if you are a businessperson, you could borrow more (at a lower rate of interest) and invest more in the business. As you invest in higher production capacity, you employ more people - this leads to higher job generation - translating into higher demand for goods and services, which in turn pushes up industrial production. As you see, this is a virtuous cycle.


The American Dollar is the international currency of reserve. It is the most accepted global currency and the most sought after investment, especially in times of global economic downturn.

How did the American Dollar come to occupy such an exalted position?

The Dollar Trap, written by Eswar S. Prasad, seeks to answer this important question. It is a fascinating account of the the pivotal role played by the American Dollar in the global economy and how it has tightened its grip on global finance.
Title: The Dollar Trap 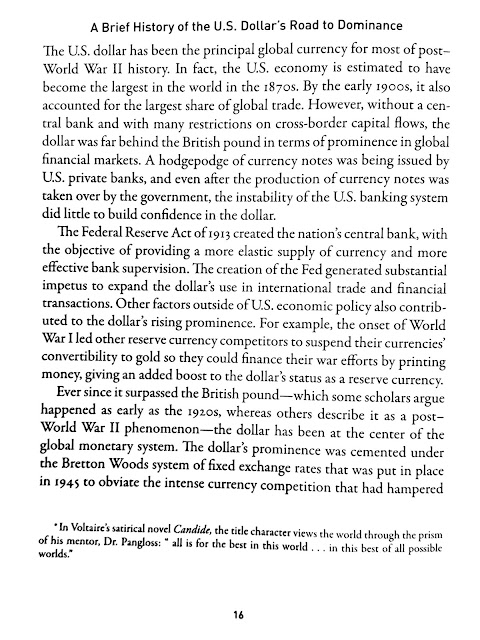 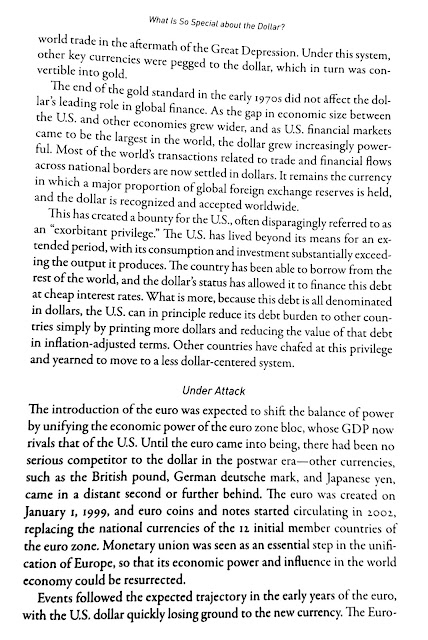 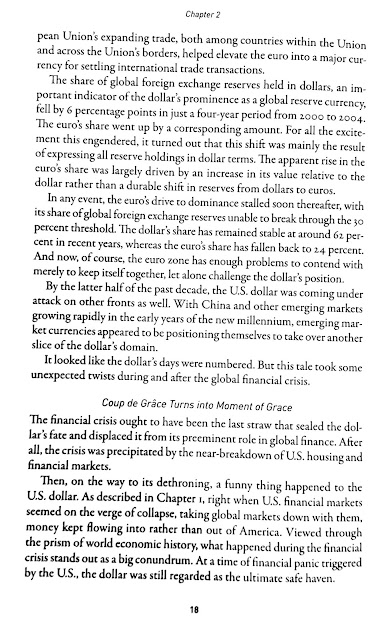 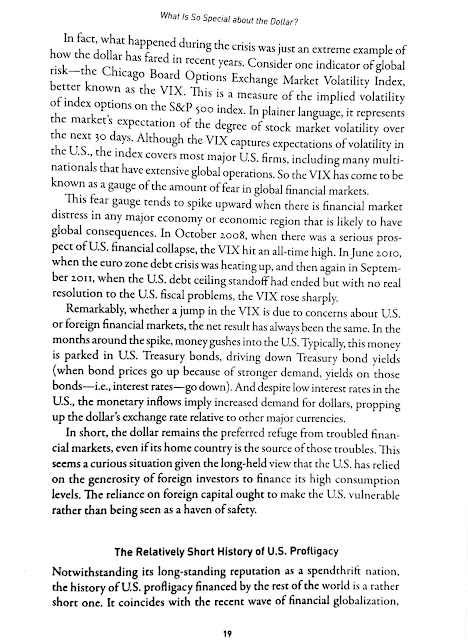 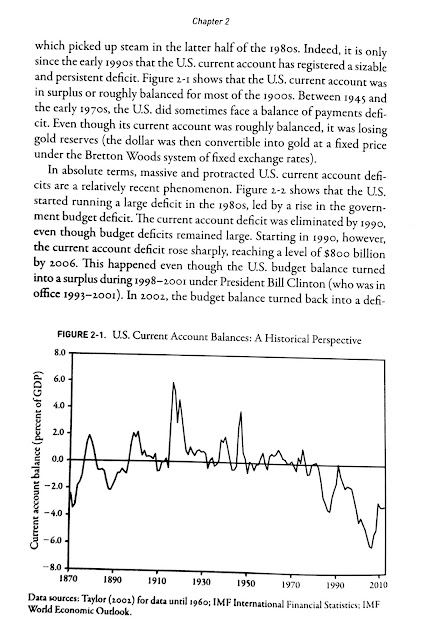 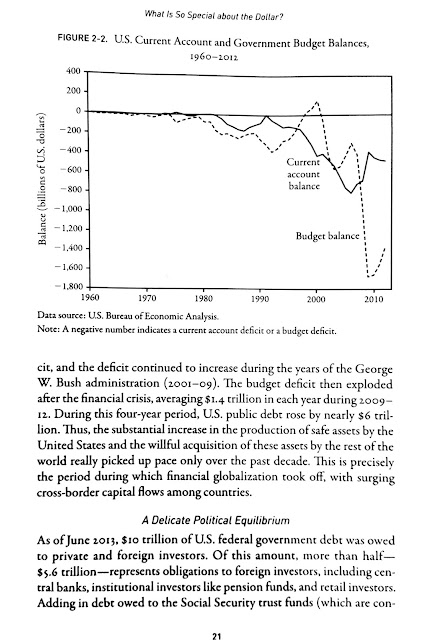