The World Economy in One Graphic 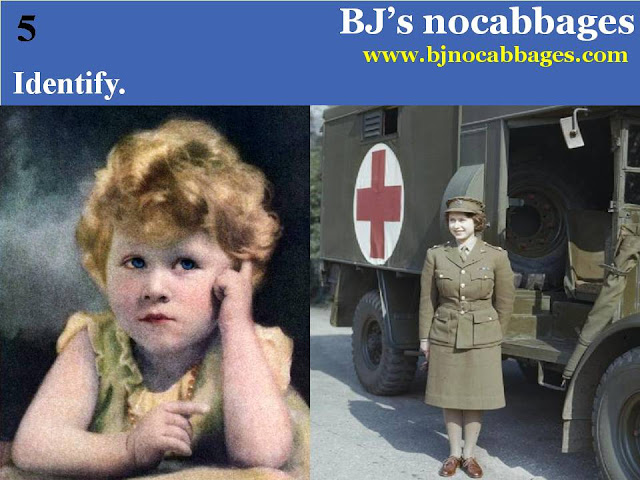 The Explainer: The Syrian Refugee Crisis 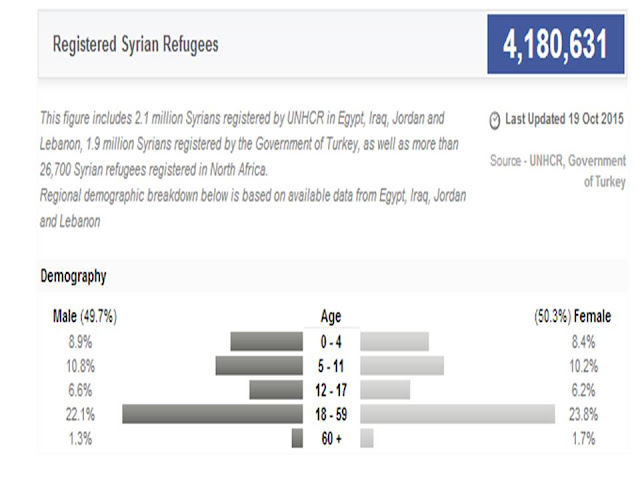 The highly regressive version of Islam imposed on the region’s hapless people by the Islamic State has triggered a mass displacement of Syrians.

Today Syria has the largest number of internally displaced people (IDP) in the world with over seven million people living away from home to escape the conflict zones. In addition, another four-and-a-half million Syrians have escaped from the region and poured into neighbouring Muslim nations and Europe where they have triggered the largest migrant crisis since the end of the Second World War.

There has been intense criticism of the Muslim nations that have refused to open doors to the Syrian refugees; rich Arab nations like Saudi Arabia, Qatar, and UAE have been indifferent to the plight of the fleeing multitude of Syrians.

On the other hand, Syria’s neighbours like Turkey and Lebanon have kept their doors open to the Syrian refugees, each taking at least one million of them while Jordan and Egypt have accepted substantial number of refugees.

However, it is the mass exodus of Syrians to Europe that has rang alarm bells in the region. Thousands of Syrian refugees are braving inclement weather, choppy seas, dishonest people smugglers, border fences, and hostile governments and local populations to reach Europe, especially Germany and France.

While the European Union has, on a general note, welcomed the refugees, there has been a backlash in several EU nations, like Hungary and Slovakia. In fact, the two countries have vowed not to accept any refugees even if the EU imposes any refugee quotas on its members. In a rather different twist, Slovakia agreed to take in 200 Syrian refugees only if they are Christian.

While Germany has opened doors to the refugees, the political leadership, led by Chancellor Angela Merkel, is facing a domestic backlash for being too soft on migrants. There has been an upsurge in violence against migrants across Germany, especially in the wake of calls by anti-migrant organisations who allege that the influx of Syrians will destroy the religious character of their nation.

The Explainer: The Rise of the Islamic State


The Islamic State started off as a local offshoot of Al-Qaeda under the leadership of a Jordanian terrorist named Abu Musa Al-Zarqawi (who was later killed by American forces operating in Iraq). It was originally called Al-Qaeda in Iraq (AQIQ). However, a faction broke away from the parent organisation and called itself the Islamic State in Iraq (ISI).

After the Syrian civil war broke out in the first half of 2011, it expanded its theatre of operations to that country. In the following months, the ISI was engaged in a bitter battle with Jabhat Al-Nusra, a successor organisation to AQIQ which had declared its affiliation to Al-Qaeda.

In 2013, in a unilateral decision, Abu Bakr Al-Baghdadi, the leader of ISI, announced the merger of ISI with Jabhat Al-Nusra; the new merged entity, he said, would be called the Islamic State in Iraq and Al-Sham (ISIS). (In the Arab world, Al-Sham is synonymously used for Levant, a name used to describe Syria and adjoining areas in the eastern Mediterranean territory. In that sense, ISIS is also called ISIL.)  However, Al-Nusra repudiated the merger, calling the ISI devious and anti-Islam. Al-Nusra asked the ISIS to focus on Iraq and leave Syria to it (Al-Nusra) but the ISIS leader disregarded the advice.

In 2013, the ISIS launched a series of attacks in several Iraqi cities; it did not help that the ISIS, a Sunni group which had openly declared war on Shia Muslims, was supported by the substantially large Sunni population in Iraq, which faced severe discrimination at the hands of the Shia-dominant Iraqi Government.

Soon after running over large parts of Iraq, including wresting control of Mosul, Iraq’s second largest city, the ISIS changed its name to the Islamic State and declared the Caliphate in the occupied territories while it named its leader, Abu Bakr Al-Baghdadi as the new Caliph.

Several Muslim nations and organisations, including radical terror outfits like Jubhat Al-Nusra (and its parent organisation, Al-Qaeda) found it particularly galling that Abu Bakr Al-Baghdadi could declare himself a caliph (leader of Ummah or the global Muslim community) and ask Muslims worldwide to follow his dictate.

Muslim nations and organisations, which despise this radical terror group, refer to the IS as Daesh (Arabic for ‘Islamic State of Iraq and the Levant’ – Al-Dawla Al-Islamiya Al-Iraq Al-Sham). However, IS hates this name as it carries a lot of negative connotations (for want of space, we will not go into the details).

Today, the Islamic State controls large swathes of both Iraq and Syria where it has declared a Caliphate. In Syria, the IS controls nearly 50 per cent of the country’s area. In areas under its control, the IS has imposed a strict version of Islam which it enforces through a network of fighters and mercenaries. The IS draws its cadre from mainly Syria and Iraq; however, it has attracted fighters not just from several Muslim nations, like Saudi Arabia, Yemen, Egypt, and Turkey but from European nations as well. Tens of hundreds of Muslims from Britain, France and other EU nations have joined the Islamic State. It is believed that the IS has a cadre base of around 40,000 fighters. 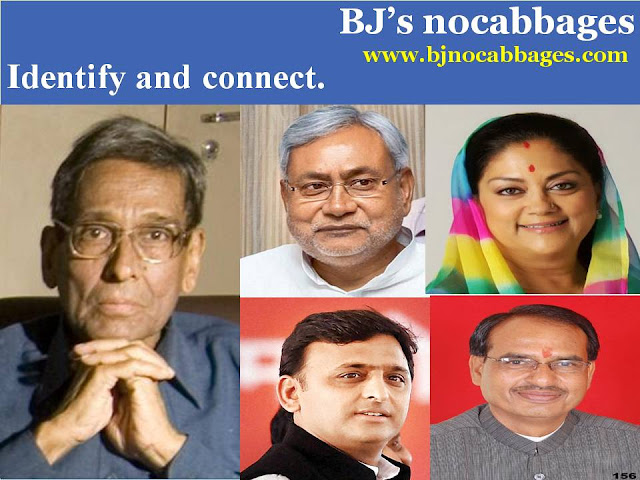 Origin of Company Names in Pics


From the archives: Click here to know about the Origin of Company Names in Pics.
No comments: