Over the last few decades, the Government of India has been investing a lot in ramping up infrastructure in elementary and primary schools. Apart from classrooms, textbooks, toilets, and teachers, one of the most essential facilities that a school should have is drinking water availability.

In a country where water is scarce, it is ambitious to think that the government should focus on providing drinking water in schools. However, things are changing, for good. According to the Planning Commission, at least 94.87% of schools across India have provision for drinking water.

Given the trust deficit that I have toward government data, I find it tough to believe that less than 10% of Indian schools do not have access to drinking water facility.

Double click on the graphic for a larger view.

According to the above datagraphic (sourced from www.data.gov.in), 100% of schools in Chandigarh, Delhi, and Lakshadweep have drinking water facility. On the other hand, Meghalaya has the lowest percentage of such schools (just 59% in 2012-13). Andhra Pradesh has seen a decrease in the percentage of such schools and is also below the national average.
1 comment: Links to this post

Three terrific reads for folks preparing for GDPI at India's leading b-schools.
(From the archives - read The Explainer: Inflation)
No comments: Links to this post 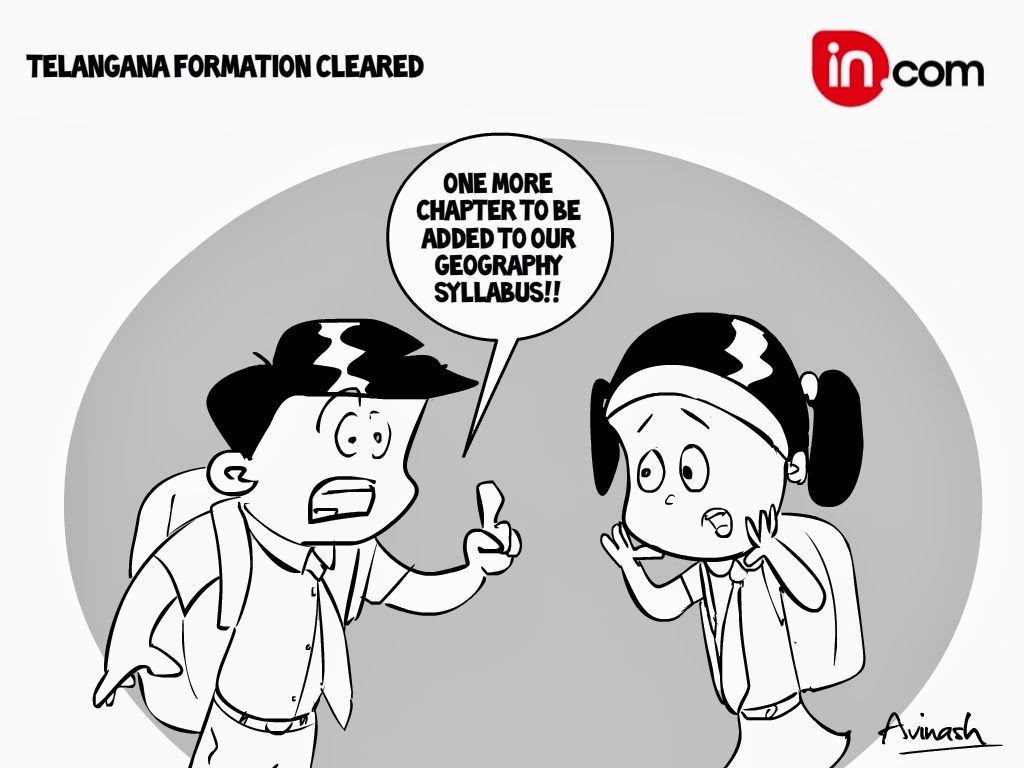 Its official. India's 29th state, Telangana, is in the making. The Union Cabinet and the Lok Sabha (at the time of writing this, the bill was in Rajya Sabha) have approved the formation of the new state of 'Telangana'. However, the Lok Sabha witnessed unprecedented chaos during the time of the passing of the Telangana bill. Read the below series of articles on the Telangana tangle.

The Temple of Democracy

What's this democracy worth

Saturday Infographic - All about Bitcoin!

This Saturday's infographic is on the controversial virtual currency, Bitcoin. This infographic details all things you should know about Bitcoin.

Double click on the infographic for a larger view.

As you know, I am a teacher by profession. One of my favourite topics for teaching, especially during the IIM GDPI Workshops, is the political, economic and military rise of China and what it means for the communist state, its neighborhood (including India) and its challenge to the United States.

During these sessions, I discuss the life and times of Mao Zedong, albeit in a not-so detailed manner. However, I do relate to my audience the political ideology of Mao, like his policies of the Great Leap Forward and the Cultural Revolution and how they destroyed the lives of millions of his countrymen.

Someday I will blog about all that stuff in this space; however, for now, let me share an interesting article by Minxin Pei, an authority on China. Here's an excerpt:

Under the late dictator Mao Zedong, more than 40 million innocent Chinese were murdered in violent political campaigns or starved to death following Mao’s disastrous economic policy. In terms of the amount of human suffering caused by a single dictator, Mao definitely rivals Hitler and Stalin. (End of excerpt)

(From the archives, read one of my old articles on China: The Explainer: China's Malacca Dilemma)

In their insightful piece on India's missing women, Mudit Kapoor and Shamika Ravi lament that, "even though fair elections are held at regular intervals for State Assemblies and Parliament, they do not reflect the true consent of the people because a large number of women are missing from the electorate".

The readers of this blog know that I do not trust the Aam Aadmi Party (AAP). A few days back, Somanth Bharti, law minister in the Delhi government, led a mob to raid the home of some Ugandan women, accusing them of being indulging in drug trafficking. Was it morality or the lure of realty that prompted 'moral police' to accuse the Ugandans of drug trafficking? Frontline has an interesting article.

The Harrowing Experience of Alex Owumi in Libya

Muammar Gaddafi was killed in 2011. For a man who ruled Libya with an iron fist for nearly 42 years, the end was rather an ignominious one. From wallowing in his luxury tent to spending his last moments in a drain pipe, Gaddafi's life and death epitomised the adage that 'those who live by the sword die by the sword'.

Gaddafi was the uncontrolled master of everything he surveyed. He never occupied any post, yet styled himself 'The Leader'. He was a megalomaniac, one who loved unbridled power but with no accountability. A paranoid, he did not trust his own shadow.
Fear and repression were his twin weapons, especially against his own countrymen. A past-master at suppressing dissent, he crushed all opposition and brooked no criticism.

Read my complete piece on the rise and fall of Muammar Gaddafi here.

Early today, I read a BBC article, narrated in first person by a young American basketball player about his harrowing experience in Libya.

When US basketball player Alex Owumi signed a contract to play for a team in Benghazi, Libya, he had no idea that his employer was the the most feared man in the country. Nor did he guess the country was about to descend into war.
...


When the hunger pains got really bad, I started eating cockroaches and worms that I picked out of the flowerpots on my windowsill. I'd seen Bear Grylls survival shows on TV and seemed to recall that it was better to eat them alive, that they kept their nutrients that way. They were wriggly and salty, but I was so hungry it was like eating a steak.
I started seeing myself, versions of myself at different ages. Three-year-old Alex, eight-year-old Alex, at 12 years, 15 years, 20 years and the current, 26-year-old version. The younger ones were on one side, and the older versions on the other. I was able to touch them and I talked to them every day. (End of excerpt)

I strongly urge you to read the harrowing story of Alex Owumi.
1 comment: Links to this post

Are machines equal to human beings? Can machines replace the human mind? These pertinent questions are as old as the Industrial Revolution itself. The Matrix Trilogy brilliantly encapsulates this eternal battle between the human mind and machines.

The New York Times has a brilliant piece on the idea of man versus machine. Here's an excerpt:

"... computers are increasingly going to be able to perform important parts of even mostly cognitive jobs, like picking stocks, diagnosing diseases and granting parole.

As this happens, certain mental skills will become less valuable because computers will take over. Having a great memory will probably be less valuable. Being able to be a straight-A student will be less valuable — gathering masses of information and regurgitating it back on tests. So will being able to do any mental activity that involves following a set of rules.

But what human skills will be more valuable?" (End of excerpt)

If you have an opinion on this issue, please leave it in the comments section. 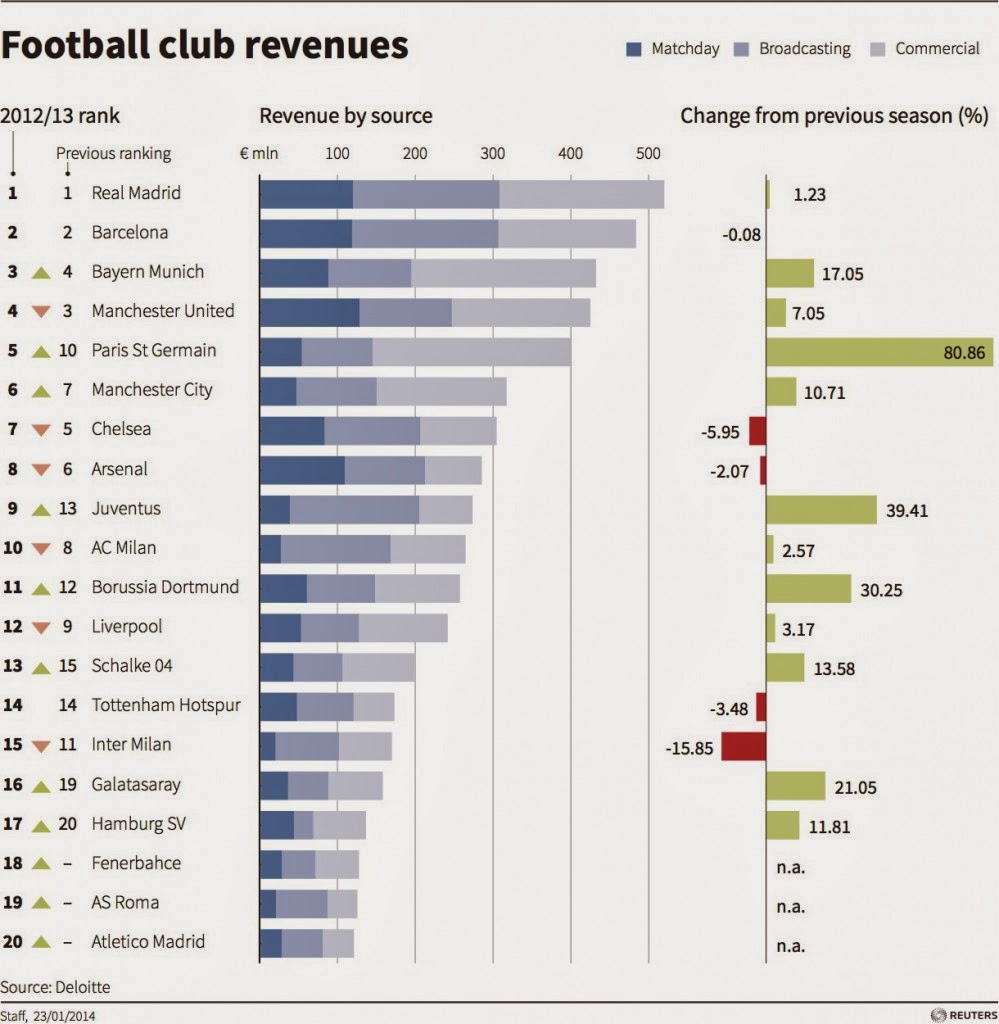