William Shakespeare (1564-1616) is universally acknowledged to be the greatest storyteller (playwright, poet and more rolled into one) of all time. On Grammar.net, I found an interesting infographic on some everyday phrases that were first penned by the Bard of Avon.

Before you check the infographic, savour this masterpiece from a sonnet written by Shakespeare (Sonnet 116; read the complete version here).


Love's not Time's fool, though rosy lips and cheeks
Within his bending sickle's compass come:
Love alters not with his brief hours and weeks,
But bears it out even to the edge of doom.
If this be error and upon me proved,
I never writ, nor no man ever loved. Knock knock! Who’s there?
In Macbeth, a porter speaks a comic monologue which follows the pattern of “knock knock” jokes, but it is done entirely by the character, with knocking sounds from off-stage. The porter imitates a doorkeeper of hell, welcoming sinners of various occupations.

[Knocking within.] Knock, knock, knock! Who’s there, i’ the name of Beelzebub? Here’s a farmer that hanged himself on the expectation of plenty: come in time; have napkins enough about you; here you’ll sweat for ’t.

Wild goose chase
A hopeless undertaking, the first recorded use is from Romeo and Juliet.

This phrase appears in The Taming of the Shrew and refers to meeting someone for the first time. Breaking the ice gently unlocks the conversation, such as by asking questions about the other person.
Make your hair stand on end
Fear causes this sensation, and in Hamlet, Shakespeare turned it into one of his most popular sayings.
I could a tale unfold, whose lightest word would harrow up thy soul, freeze thy young blood, make thy two eyes, like stars, start from their spheres, thy knotted and combined locks to part and each particular hair to stand an end, like quills upon the fretful porpentine.

[Text for the explanation of the above four phrases and the infographic are provided by Grammar.net]

The Indian economy is slowing down. GDP in the second quarter grew by 6.9% over the corresponding period last financial year. Economic growth is being impacted by a variety of reasons, including the eurozone Debt Crisis. However, there is another major macroeconomic parameter that is giving sleepless nights to the government: high rate of inflation.

Inflation relates to the sustained rise, over a period of time, in the general price level when there is a rise in demand (for goods) without an equal rise in supply.

In today’s interconnected world, a general lack of stability in the prices of goods and services characterises all types of economies, be it an emerging economy like India or an advanced economy like the United States or for that matter, an underdeveloped economy like that of Senegal. But as we all know, any kind of uncertainty, including price instability, is not good for business and economy.

Generally, there is never a single cause behind the sustained rise in prices of a basket of goods and services, like wheat, rice, and cooking oil. However, some general reasons include:
(a) increase in money supply;
(b) rise in government spending;
(c) rise in purchasing power (a direct result of rising incomes);
(d) low supply across a range of goods, and
(e) infrastructure issues.
To add to these, black-marketing, hoarding, speculation, and exploding population have all contributed to a rise in demand for goods and services. In India, inflation is seen as a result of a combination of all these factors.
India has been experiencing very high rates of food inflation. Food inflation impacts just about everybody, of course except the rich and the privileged. The graph below shows the number of months where the average food inflation has stayed above 10%. 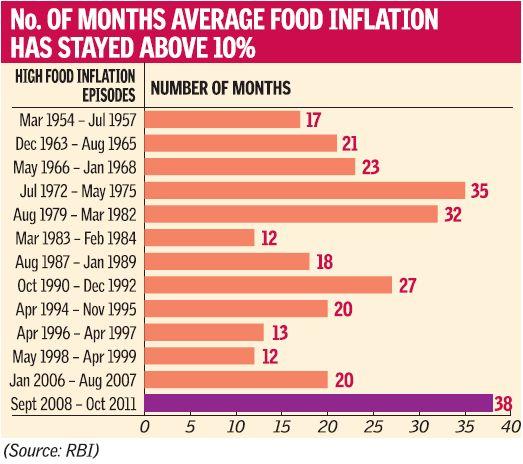 It is easy to gather that the country experienced double digit inflation in the first two decades after independence. In the years before the Green Revolution brought in some degree of self-reliance in foodgrain production, India was an inward-looking, resource scarce economy, characterised by improper logistics and transportation channels.

However, what is disconcerting is that today India is in the midst of the longest run of double-digit inflation, since independence. This has impacted millions of people, especially the poor and vulnerable. Rapidly rising inflation leads to a fall in the purchasing power of money. With an unemployment rate of 10.8%, it surely is adding misery and bringing down the overall quality of life, as people shun expensive but necessary grains and cereals and substitute with alternatives that are cheap but do not lend adequate nutrition.

The government has utterly failed to rein in the galloping inflation. There is not a day when the PM and his ministers do not promise to bring down the inflation rate and lower the sweep of its attendant misery on millions of hapless citizens.

The imbroglio over the hastily-made decision on FDI in multibrand retail, depreciating rupee,  plunging industrial production, creaking infrastructure, and rampant corruption all reflect the enormous policy paralysis at the Centre.

The Prime Minister, Dr Manmohan Singh, and the Super Prime Minister, Sonia Maino Gandhi, puppet and puppet-master respectively, are busy saving P. Chidambaram, Kapil Sibal, and other CONgressmen from the various corruption scandals that have hit the UPA with full force.

When the puppet PM and his Puppet-Master are busy saving their own skin and kin, will they worry about the struggling common people of this nation? You know the answer; don't you?


Source for infographic: Business Line
2 comments: Links to this post

Not All Gas: Global Energy Scenario


Every year, British Petroleum (BP), one of the three largest energy companies, publishes the Statistical Review of World Energy. I have culled a few interesting graphs on global energy scenario, from the large number of presentations available here. 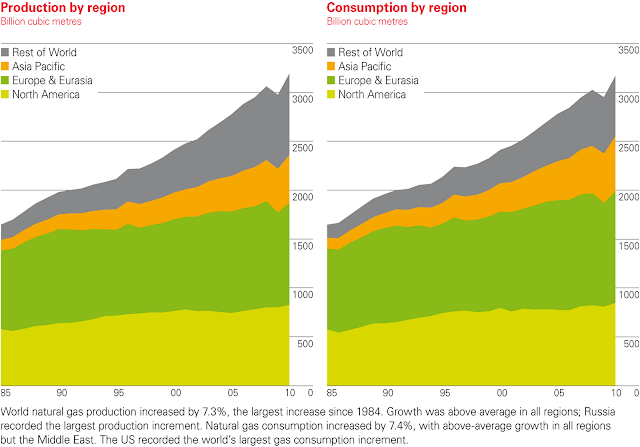 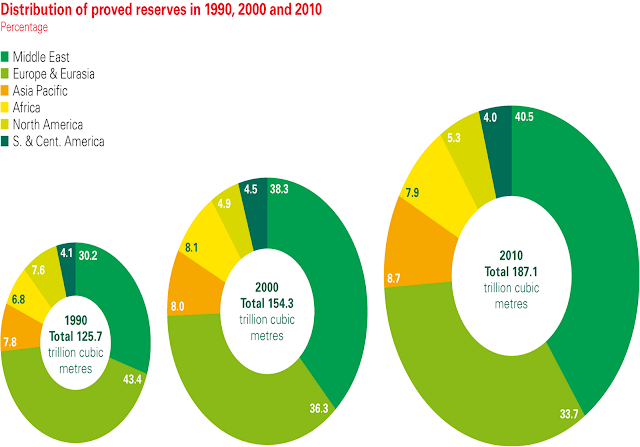 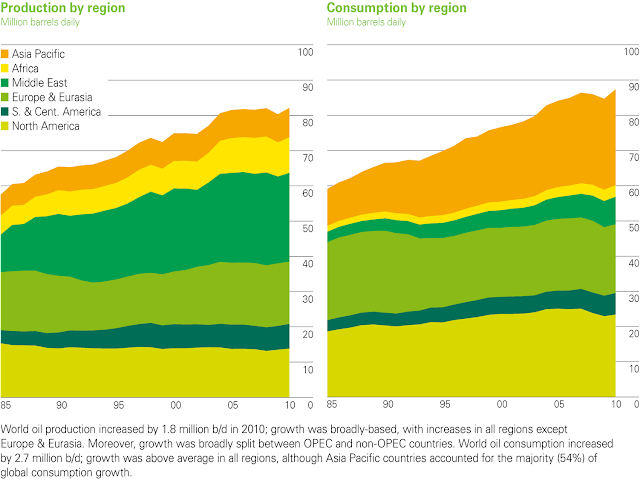 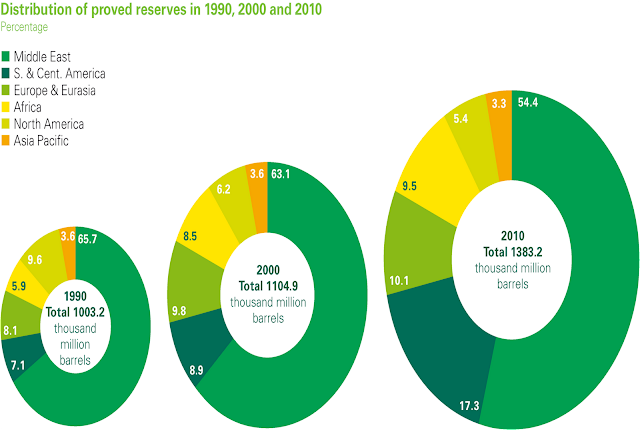 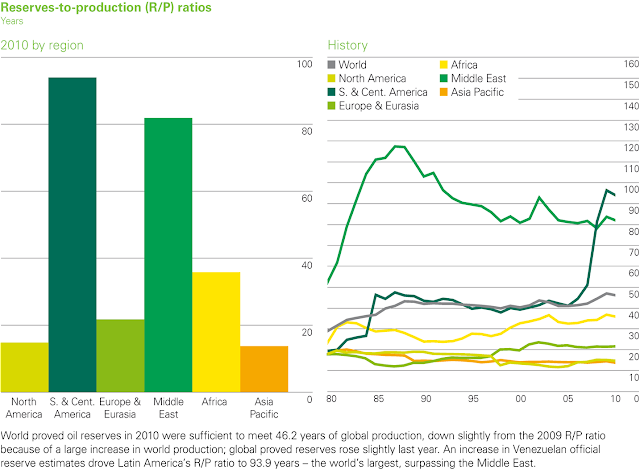 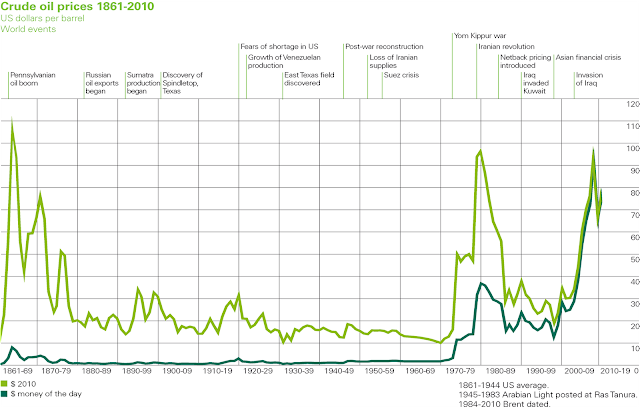 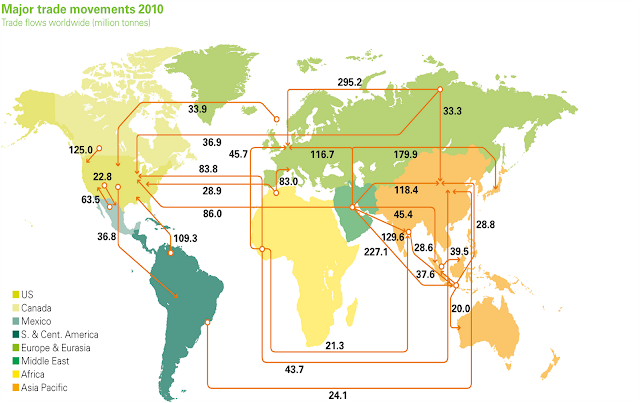 
An informative infographic on India's most popular political dynasty. The Reuters Blog has this to say on the Nehru-Gandhi dynasty: "The Nehru-Gandhi family political dynasty has no other equivalent in the world. A member of the family has been in charge of India for more than two-thirds of the period since independence from Britain in 1947."

I found this infographic here. How BIG is Walmart?

The imbroglio over the entry of foreign retailers in the multibrand retail segment has stirred a hornet's nest in the political and business establishments.

While Walmart is not the only company that will benefit from the proposed opening up of the multibrand retail segment to foreign investment (via FDI), just a mention of Walmart's name is enough to evoke varied reactions from across various segments of the society.

Currently, 100% FDI is allowed in wholesale cash-and-carry while 51% FDI is allowed in single brand retail. Recently, the government of India allowed 51% FDI in multibrand retail, paving the way for entry of global giants like Walmart, Tesco, and Carrefour. However, the policy decision has been suspended by the government following a hue and cry from the opposition parties.

Protests against Walmart are not a India-specific feature; Walmart and its ilk have faced them almost in every market they have entered. So what is it about the Behemoth of Bentonville that evokes such fears?

Here is an interesting infographic on Walmart, the largest departmental chain store in the world. I found it at Frugaldad.

10 Things You Should Know - Episode VII

Kapil Sibal is an Idiot!

The title of this post is both attention grabbing and an unpalatable truth. This post and its title is inspired by a Twitter trend (with a hash tag #idiotkapilsibal) that brought my attention to what Kapil Sibal is doing.

A key Congress leader, Kapil Sibal is a minister in the United Progressive Alliance (UPA), the ruling coalition at the Center. He is also a very famous legal eagle - one of this country's most famous lawyers. Another important qualification, if I may call it that, is that he is a myrmidon, i.e. a blind follower of the two Gs (no pun intended!) - Sonia Gandhi and Rahul Gandhi; this is probably his trump card that readily advances his political interests.

The reasons for my anger against Sibal's actions are the contents of an article in the New York Times. About six weeks back, Sibal, the Union Minister for Telecommunications and IT, met the executives of top technology and social media companies like Facebook, Google, Twitter and Microsoft. He asked the executives to prescreen user content originating from India and that they should remove inflammatory or defamatory before it goes online.

Sibal's directive would have been alright if it were directed in the context of our national interest and the country's security - like anything anti-national and spreading of hate content.

What makes Sibal's directive dangerous for the health of our democratic freedoms are the reasons for the censorship: Internet users from India are using social media networks (like Facebook and Twitter) to disparage the Congress leadership (read - the mother-son duo, who else!).

Let me reproduce an excerpt from the New York Times article:


At the meeting, Mr Sibal showed attendees [the company executives] a Facebook page that maligned the Congress Party’s president, Sonia Gandhi.  “This is unacceptable,” he told attendees... and he asked them to find a way to monitor what is posted on their sites.

[...] Sibal has told these companies that he expects them to set up a proactive prescreening system, with staffers looking for objectionable content and deleting it before it is posted.

[T]hese companies will tell Sibal at the meeting on Monday [held on Dec 5; no word yet from Sibal or his ministry on the outcome] that his demand is impossible, given the volume of user-generated content coming from India, and that they cannot be responsible for determining what is and isn’t defamatory or disparaging.

“If there’s a law and there’s a court order, we can follow up on it,” said an executive from one of the companies attending the meeting. But these companies can’t be in the business of deciding what is and isn’t legal to post.

It is heartening to know that these technology and social media companies have refused to accept the diktat of the morally bankrupt government at the Center.

I am glad that Kapil Sibal did not win this case for his Madam and her Baba son; Sibal may not have shown any spine; at least these foreign companies have. This augurs well for our sacred freedoms of speech and expression, so beautifully guaranteed by the noble Constitution of India.

And yes, one question for Kapil Sibal: Would he have asked the technology companies to prescreen and remove any disparaging content against Narendra Modi?

(Read The Ugly Face of the Gandhis and Mother, Son and the INC's Political Culture.)

Cool collection of humourous stuff from Sompong Yusoontorn, via The Big Picture.


25 Quotes That Make You Laugh

20 Great Quotes From The Peanuts

View more presentations from Sompong Yusoontorn
No comments: Links to this post

History of iPhone: A Video Infographic

A video infographic after a long time; this one captures the history of the iPhone and related technologies, with loads of other valuable information.

I found this video infographic on CNET.