June 3, a defining day in the history of the sub-continent, is seeped in blood and the consequences of what was announced on that day are still being experienced. 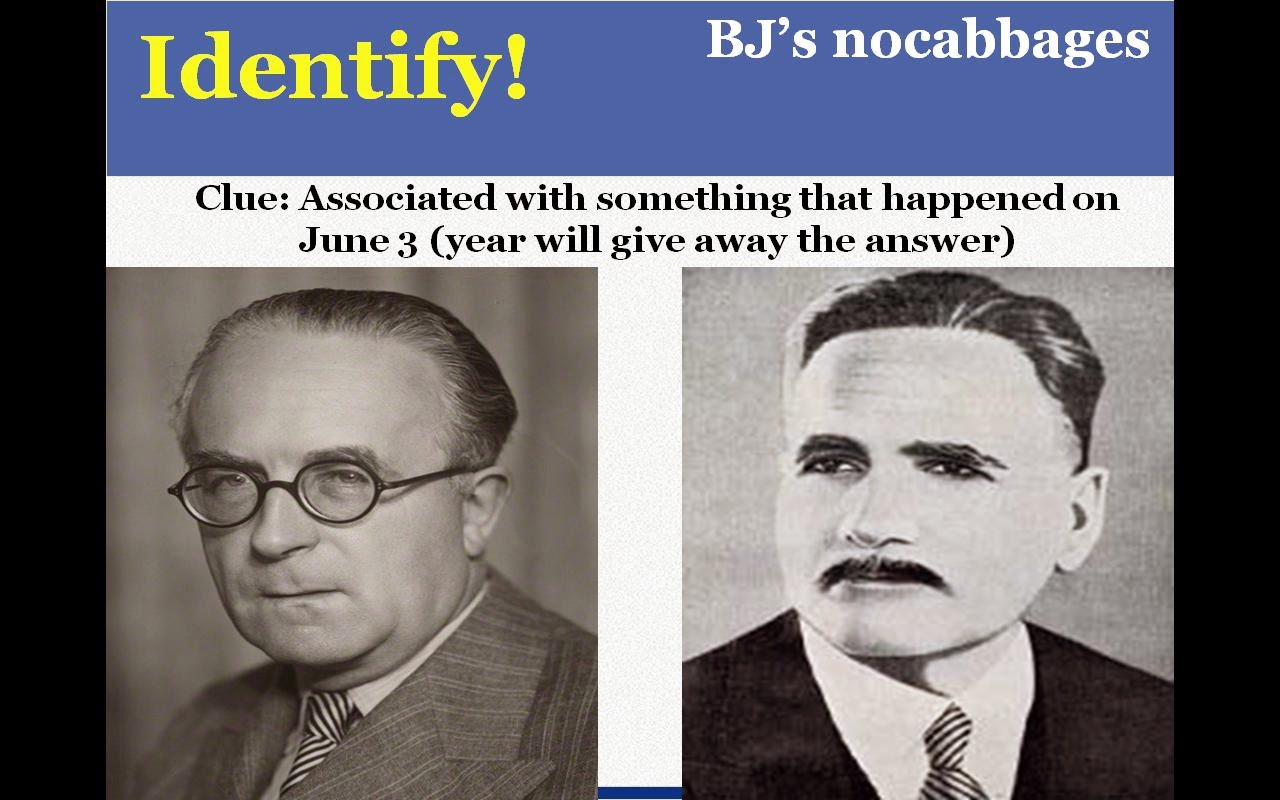 On 3 June 1947, Britain appointed Sir Cyril Radcliffe (person on the left) and the famous 'Radcliffe Line' is named after him. Sir Muhammad Iqbal (person on the right), is the author of the popular song Saare Jahaan Se Achcha. Not able to find the connection :(

Mountbatten Plan was announced on 3rd june and Radcliffe line was decided as the Indo-Pak partition border. This was the idea of Sir Radcliffe. Mohd Iqbal was amongst the first few people to have asked for a separate nation of Pakistan.

Anand and Balaji are 100% correct.

On 3 June 1947, the partition of India was announced. This plan was also known as the Balkanisation of India plan or the Mountbatten plan.

Cyril Radcliffe, a British lawyer, was chosen to demarcate the boundary line between India and Pakistan.

Mohammad Iqbal was probably the earliest major proponent of a separate homeland for the Muslims of India.

Balaji, there is no direct connection between the two. But then I did not ask for CONNECT but merely to IDENTIFY.