Book Excerpt: The Clash of Civilizations and the Remaking of World Order

For several years now, relations between between the West and Islamic World have been marked by deep antipathy
This deep mistrust is a legacy of growing radicalism in the Muslim World and is characterised by a marked hatred of the West. It does not help that the foreign policies of the Western nations are guided by their narrow economic and strategic interests, often in the Middle East.

Title: The Clash of Civilizations and the Remaking of the World Order 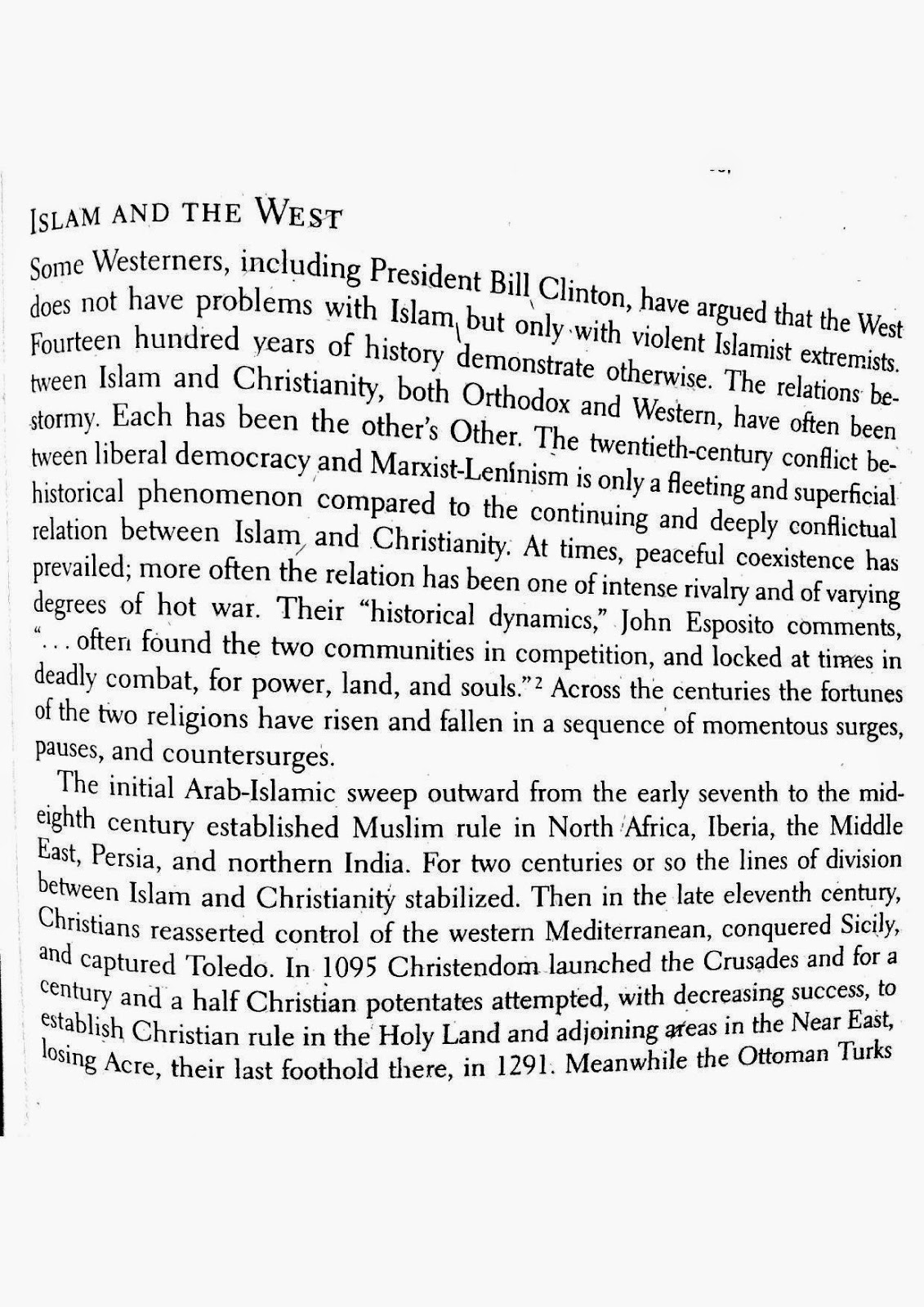 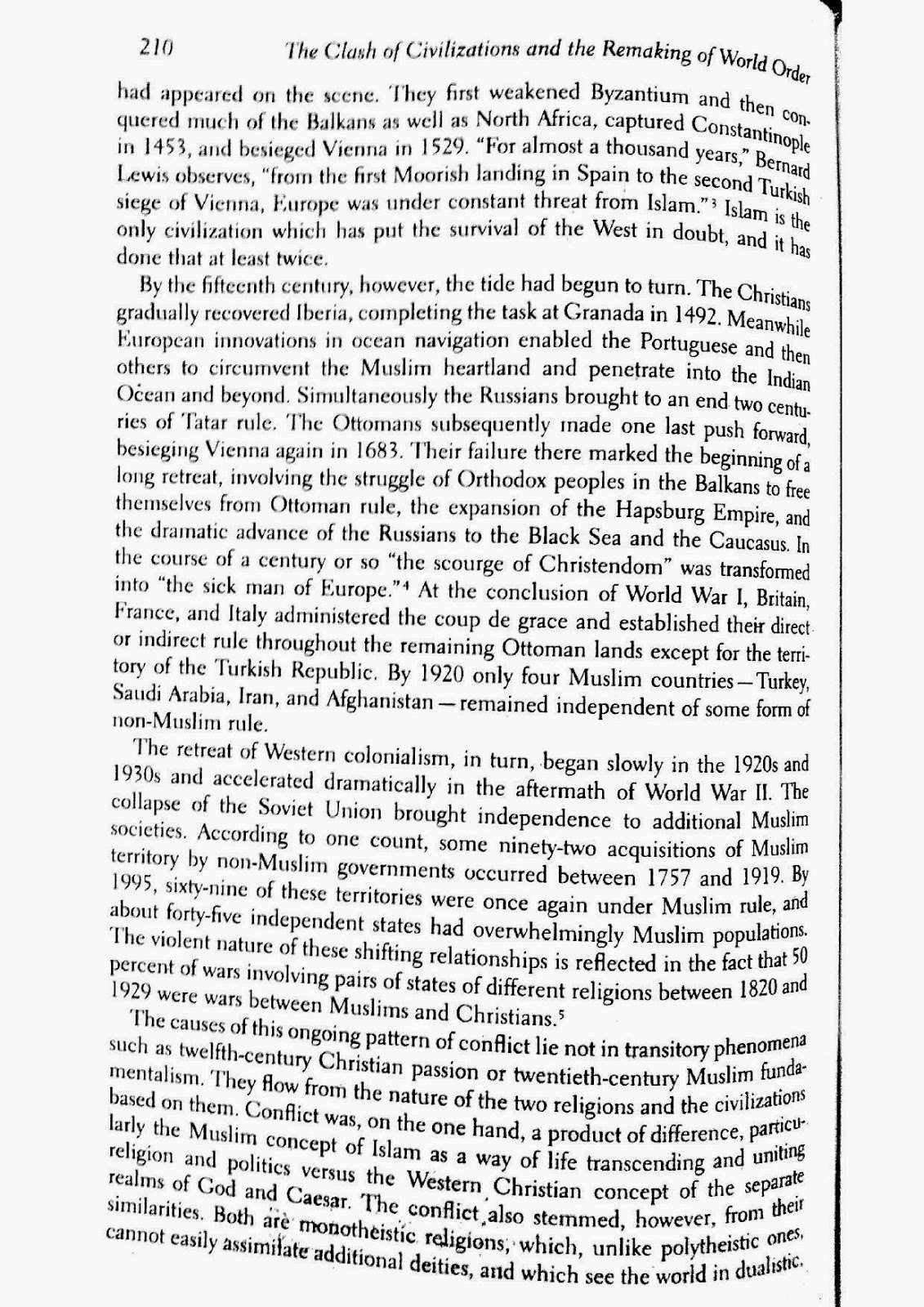 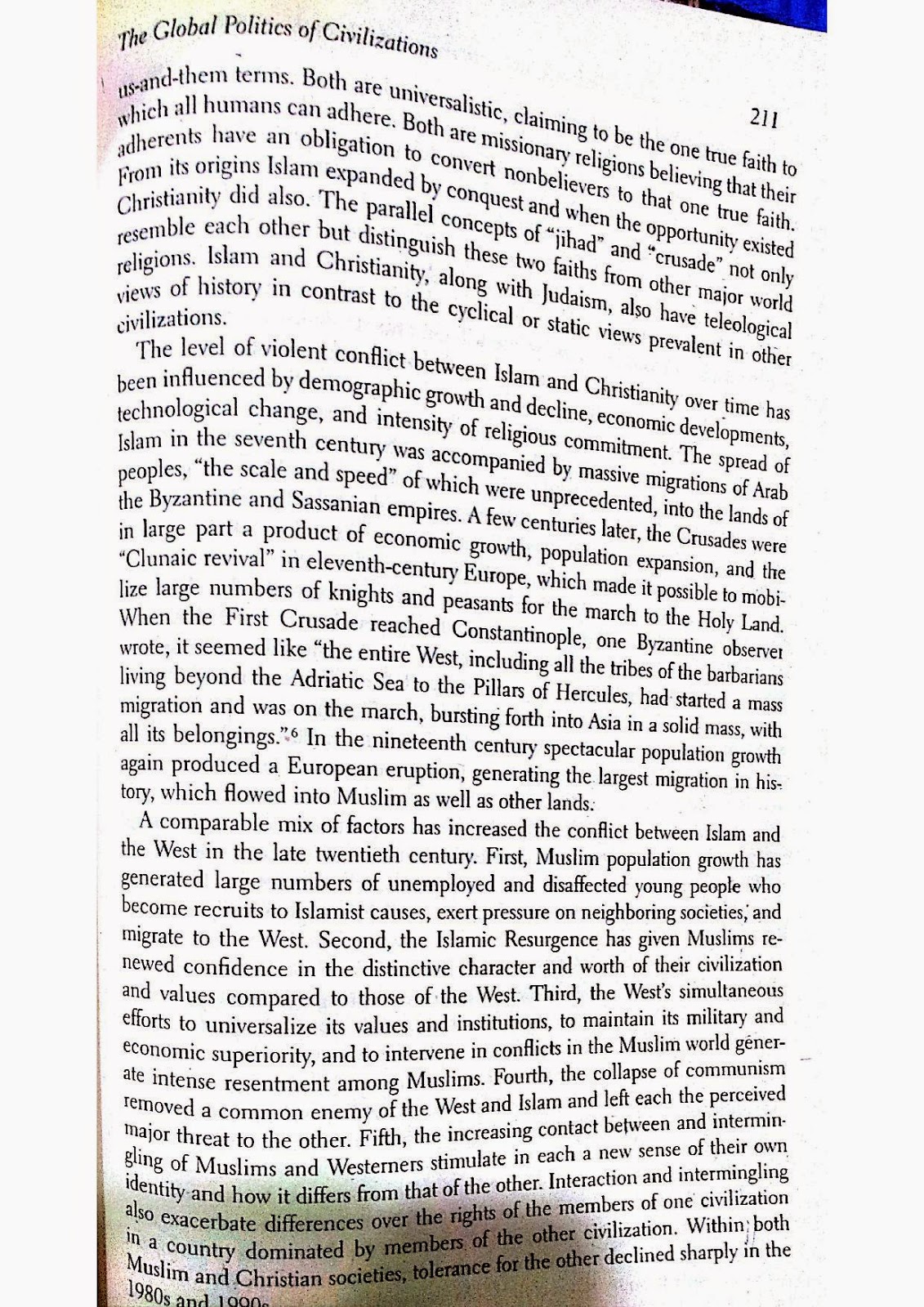