Fidel Castro is dead. The 90-year old communist dictator ruled Cuba like a personal fiefdom between 1959 and 2008 when ill-health forced him to hand over power to his brother, Raul Castro.

In 1959, Castro threw out the cruel and absolute despotism of the then ruling dispensation and took over Cuba. He turned the country into a socialist state and nationalised all industry and brought 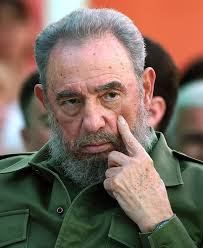 On 3 May 2008, I wrote the following on an old blog site. Amidst all the hagiography of how great Fidel Castro was, here's a lowdown on his pursuit of a society free from nepotism and cronyism.


Politics is a cesspool in which opportunists wallow in a slime of corruption and nepotism. While this is old news in our part of the world, I found that this was pretty much the way of life even in the Communist Utopia of Cuba.

“During the past few years family members of both Fidel and Raul Castro have come to occupy important positions in Cuba's government. This Castro clan represents in addition to the military, the security apparatus and the Communist Party, a significant force in Cuba's political and economic structures.”

The list below is in the order of Name, Relationship, and Position held.

I would not worry about this kind of naked nepotism but for the fact that the Commies always accuse their ideological opponents of succumbing to the follies of power politics.

The Commies with a capital ‘C’ are the same everywhere: opportunists, frauds, and blood-suckers. A life of sweat and toil is for the masses while perks and luxuries are for the Red Hued.

In the light of the above list, I can say that Fidel Castro was certainly NOT the Last Man Standing (with apologies to David Baldacci).

Long Live the Revolution! The Revolution to Deprive People of their Freedom and Happiness!

So much for equality.