10 Things You Should Know - Episode XIII 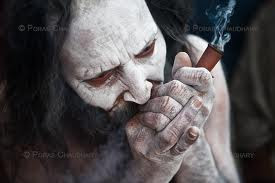 India’s National Sports Day is observed on the birthday of Dhyan Chand, nicknamed the ‘Wizard of Hockey’. He was born Dhyan Singh.  He joined the Indian Army at the age of 16. The Hindi word Chand literally means the moon. Since Dhyan Singh used to practice a lot during night after his duty hours, he invariably used to wait for the moon to come out so that the visibility in the field (during his era there were no flood lights) improved. Hence he was called “Chand” by his fellow players, as his practice sessions at night invariably coincided with the coming out from the moon.

In the 1936 Berlin Olympics, Dhyan Chand, who was the captain of the Indian Hockey team, had the distinction of scoring 11 out of 38 goals scored by his side. Adolf Hitler, the Fuhrer, was very impressed by Dhyan Chand’s performance in the final, where India whipped Germany 8-1 in front of 40,000 peoples. At a dinner party after the final, Hitler offered to elevate Dhyan Chand to the rank of a Colonel if he migrated to Germany. Ever the patriot, Dhyan Chand turned down the offer.

In 1956, at the age of 51, he retired from the army with the rank of Major. After he retired he coached for a while and later settled in Jhansi. However, the last days of Dhyan Chand were not very happy, as he was short of money and was badly ignored by the nation. Once he went to a tournament in Ahmedabad and they turned him away not knowing who he was. He developed liver cancer, and was sent to a general ward at the AIIMS, New Delhi, where he died on 3 December 1979.

India’s highest award for lifetime achievement in sports is the Dhyan Chand Award, which has been awarded annually from 2002. Residents of Vienna (capital of Austria), honoured him by setting up a statue of him with four hands and four sticks, depicting his control and mastery over the ball. (I could not find any image on the Web for the statue; hence, I am deleting this idea.) ‘Goal’ is the autobiography of Hockey wizard Dhyan Chand. (Please note that this note on Dhyan Chand has been taken from Wikipedia.)

I tried to look for the statue but couldn't locate anywhere.

i'm calling in bullshit for the second one...sadhus dont smoke ganja or charas to suppress and eventually destroy their sexual desire...try not to make imbecile statements
Thank you.

Nayan, I too tried to locate the statue but in vain! I guess I was taken in by the idea of such a fabulous statue. I have removed the mention of such a statue. Thank you!

I do not moderate comments because I believe in free speech.

But under the guise of anonymity, you can show your ignorance or help us (me and the readers of the blog) learn more. Its good to prove me wrong; but a mere statement of "bullshit" (as you call it) from you wont help. Why don't you provide us with the other reasons that Sadhus consume narcotic substances for?

I know for one they consume these substances to get into a trance so as to concentrate better on the object of their worship. But I wonder why the Sadhus would need such things, especially after they have given up worldly pleasures.

My job is to learn; I do not worry about the source of learning (it may come from you or someone else). So, do not level allegations; share learning, rather than call others "imbecile".

Also, I must appreciate your vocabulary; 'imbecile' is a tough word to learn.

One reason I know why Sadhu's smoke is to remain in the state of trance that they otherwise get from meditation.
Other reason is to reduce the pain in body which can result from Extreme penance like standing on one leg or standing inverted on hands

Thank you sir for such a wonderful learning

The reason for smoking according me is quite simple. The concept started from Shiva . He lived in Himalayas as do most of the demigods. So to evade the cold with meagre attire he lived with he used to smoke chillam. The resultant heatrecovers body from cold and as you said allows impeccable concentration . The reason of sexual curbing is highly likely because Shiva was married.Also doing some research I found out that smoking doesn't curb the sexual agitation but makes you lesser effective for ex: impotency . But altogether most probable reason sadhus(aghoras) smoke is because they are followers of shiva (influence) and/or to mitigate cold