The Shamelessness of Arvind Kejriwal 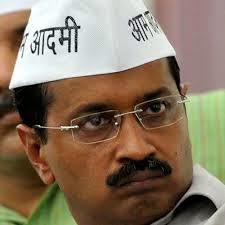 Arvind Kejriwal is fast turning into an embarrassment of sorts, even for the supporters of the Aam Aadmi Party (AAP).

“Politics is about drama,” revealed a spokesman of the AAP on a TV channel. The director of the AAP Natak Company is the actor par excellence, Arvind Kejriwal. Ever since he burst on the Indian political scene as a messiah against corruption and cronyism, Kejriwal has railed against everyone who did not agree with him. He has called people names, accused rivals of corruption without presenting an iota of evidence. And where he had evidence, he did nothing; recall his dithering in the CWG-Sheila Dixit case where he asked the BJP to furnish evidence even after he flashed 370 pages of evidence against the Congress government in Delhi at numerous rallies.

In Varanasi, he lied that he did not have more than Rs500 in his pocket and that he does not believe in helicopter campaigning like Narendra Modi and Rahul Gandhi. This is the same person who took a flight back to Delhi after the campaign ended. And this is the same fraud who pays a monthly rent of Rs90,000 for his residence (Delhi CM bungalow which he retained after quitting).

Yesterday, he refused to furnish a personal bond of Rs10,000 for bail in the Nitin Gadkari defamation case. He asked the judge to treat him differently. The bemused and unmoved judge sent him to Tihar Jail.

AAP activists descended on the Tihar Jail in hordes to protest against the arrest of their leader; why should they protest against lawful detention? Their leader was arrested in accordance with the law and given a chance to seek bail, which he refused.

It is nobody’s guess that AK and his party are doing this to regain lost ground in Delhi, with an eye on the assembly elections. A little chastened after receiving a massive drubbing in the recently-held Lok Sabha elections, AK expressed remorse to the people of Delhi for having quit the government in haste.

Why did it take him so long to admit to such blunder of a decision? Soon after he quit as Delhi CM, critics and supporters alike asked him the same question: why did he quit, especially after holding a referendum in Delhi to seek public opinion on forming a government with the support of the Indian National Congress? Did he hold a referendum (to seek public approval) to resign from the Chief Minister’s post?

In response to these pertinent questions, AK said that he quit the CM’s post because he is a man of principles. So, now that he has said sorry for having quit abruptly, where are those principles? For Arvind Kejriwal, principles are matters of convenience; they always have been.

Like in all aspects of life, change is constant in politics. The truth is that Arvind Kejriwal has morphed from a messiah into a power-hungry politician, the same kind that he claims to despise and oppose. The sad part is in this short political journey he has crushed the hopes of millions who believed in his false messianic zeal to clean the rotten political system.

I am glad that Arvind Kejriwal is being seen today for what he truly is – a political fraud who is both power-hungry and megalomaniac.

I wonder if he did have scruples to begin with. It always struck me odd that an IITian who was part of the Elite civil services, talked of sops and freebies and has a myopic anti capitalism stand on development! The irony!

You are free to air your opinion and you can disagree with me.
Just a request if you can stop using words like fraud etc. for Arvind. Atleast an honest person has entered politics and is trying to do something which most of us don't have guts to do. No one is obliged to support him but please don't discourage him. Let him do things his way.

Thanks & Regards,
Your true fan

Absolutely right sir! I specially agree with the point about his morphing. He might have been a messiah when he was part of IAC, or probably wasn't, we don't know, but currently, his actions are irritating and cause of frustration

Have guts! That's how you escape a lion and not become its prey. I marvel, reading all the above story of AK, how could anyone call him honest!

But indirectly and unsuspectingly he helped BJP gain all 7 seats in delhi... :-)

This is an excerpt from an article in Hindu."Aam Aadmi Party on Thursday decided that instead of organising a protest against Mr. Kejriwal’s arrest, the party will launch a door-to-door campaign to inform people about the reasons why the AAP leader chose not to submit bail bond and instead went to jail."

I really don't understand what message he is trying to convey to people by doing such things.The more I try to understand,the more I'm losing respect on him.Read a meme on him saying he said that AAP will get 100 seats in Loksabha but he meant it's in Binary 100.So true..!!!

Here one thing i truly want to agree is that he did nothing against sheila dixit.

Apart from that lets talk case by case...

I really dont know how saying i have no more than 500 rupess with me is wrong.. he didn't declare his assets as 500 rupess right!! he declared what all he has! All people want to ask him why didn't he furnish 10k for bail bond... I really dont understand what the people were doing when he has done the same thing for 4 times previously?? Arvind kejriwal has already accepted that not taking a referendum was their mistake.. long back..

Yes when taking flight once matters that much for the country (of course it is a mistake of Arvind kejriwal). why people wont question the parties which have rented personal choppers for months together??!!