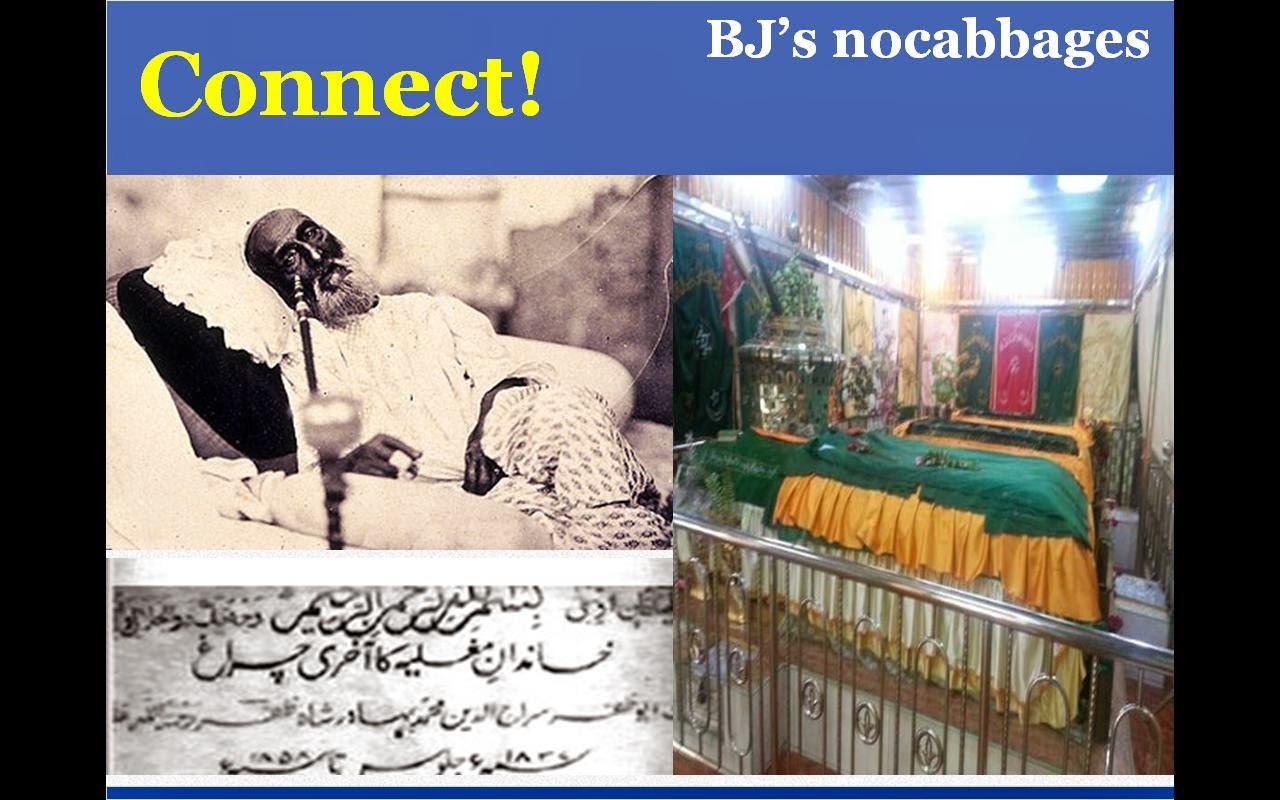 Almost right, Deepthi! You got two parts of the question right!

Yes, that is Bahadur Shah Zafar, the last Mughal emperor who ruled between 1837-57; that's his tomb in Yangon (Rangoon).

Well, that's not the epitaph by Bahadur Shah Zafar. It is actually a declaration proclaiming the end of the Mughal Empire.