Book Excerpt: A Problem from Hell

Some books leave a lasting impact on us; they shape or alter our world view. One such book is 'A Problem from Hell' by Samantha Power. This book is easily of the ten most important books I have read. I strongly urge you to read this masterly work.

'A Problem from Hell' focuses on the evil of genocide and how various terrorist regimes, including those in the government (like Khmer Rouge in Cambodia), clinically murdered tens of thousands of their countrymen. These mass killings happened with impunity even while the U.S. Government either stayed silent, more as a matter of convenience when it suited their political interests, or simply turned a blind eye to the machinations of the perpetrator regimes supported by it.
The excerpt below captures the evil doings of Cambodia’s Khmer Rouge, one of the most dreaded terror groups that ever existed. The Khmer Rouge ruled Cambodia between 1975 and 1979. In its relentless pursuit of ushering in an agrarian utopia, it systematically killed anyone who stood in its path. Conservative estimates put the number of dead during this period at about 3 million.

Title: A Problem from Hell - America and the Age of Genocide
Author: Samantha PowerPublisher: PerennialPages featured here: 115-119
Note: All copyrights/trademarks belong to the owners of the publication/author(s). It is not my intention to profit from their work. In fact, I just wish that the readers of this blog are encouraged to buy/read the works represented here. 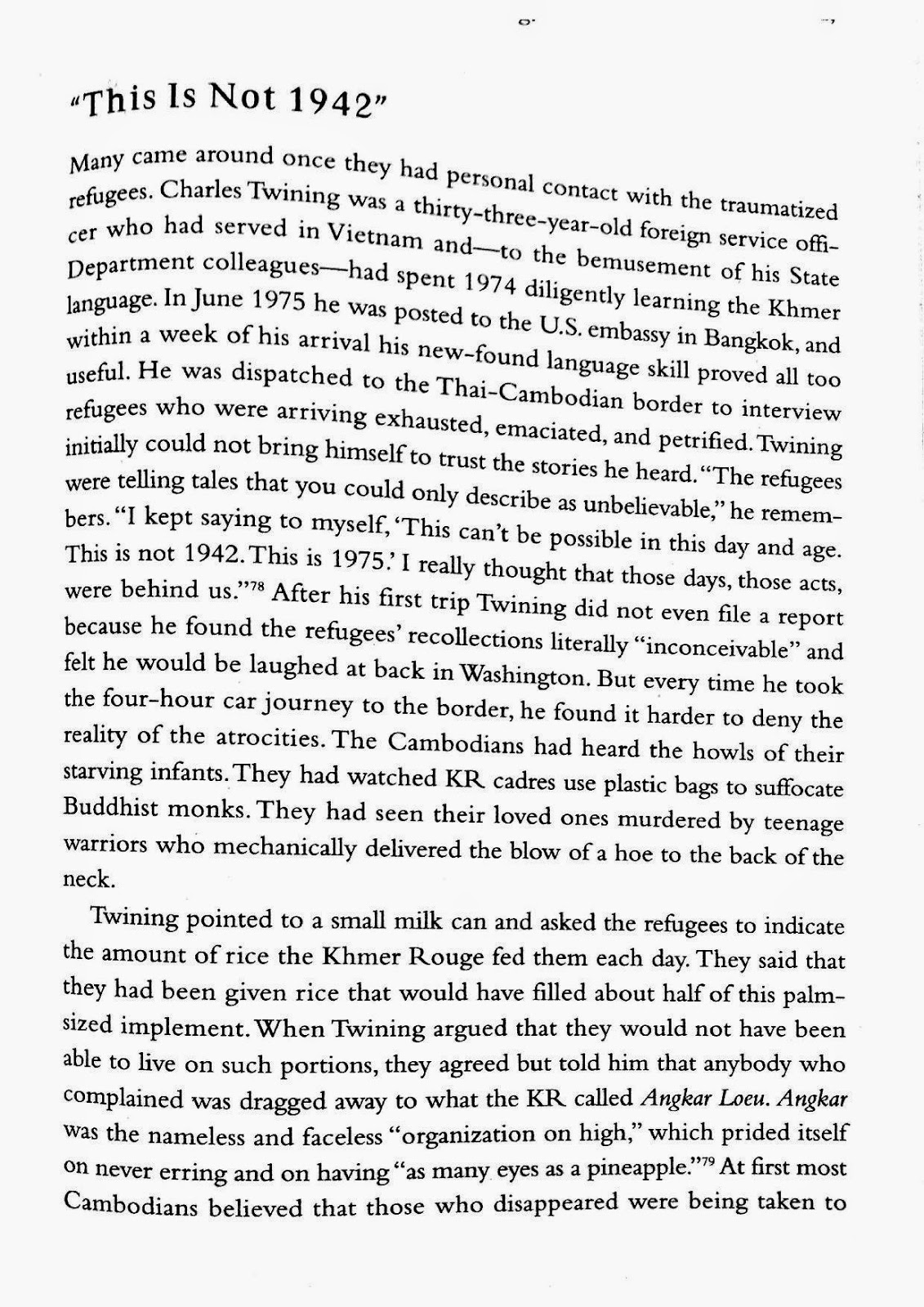 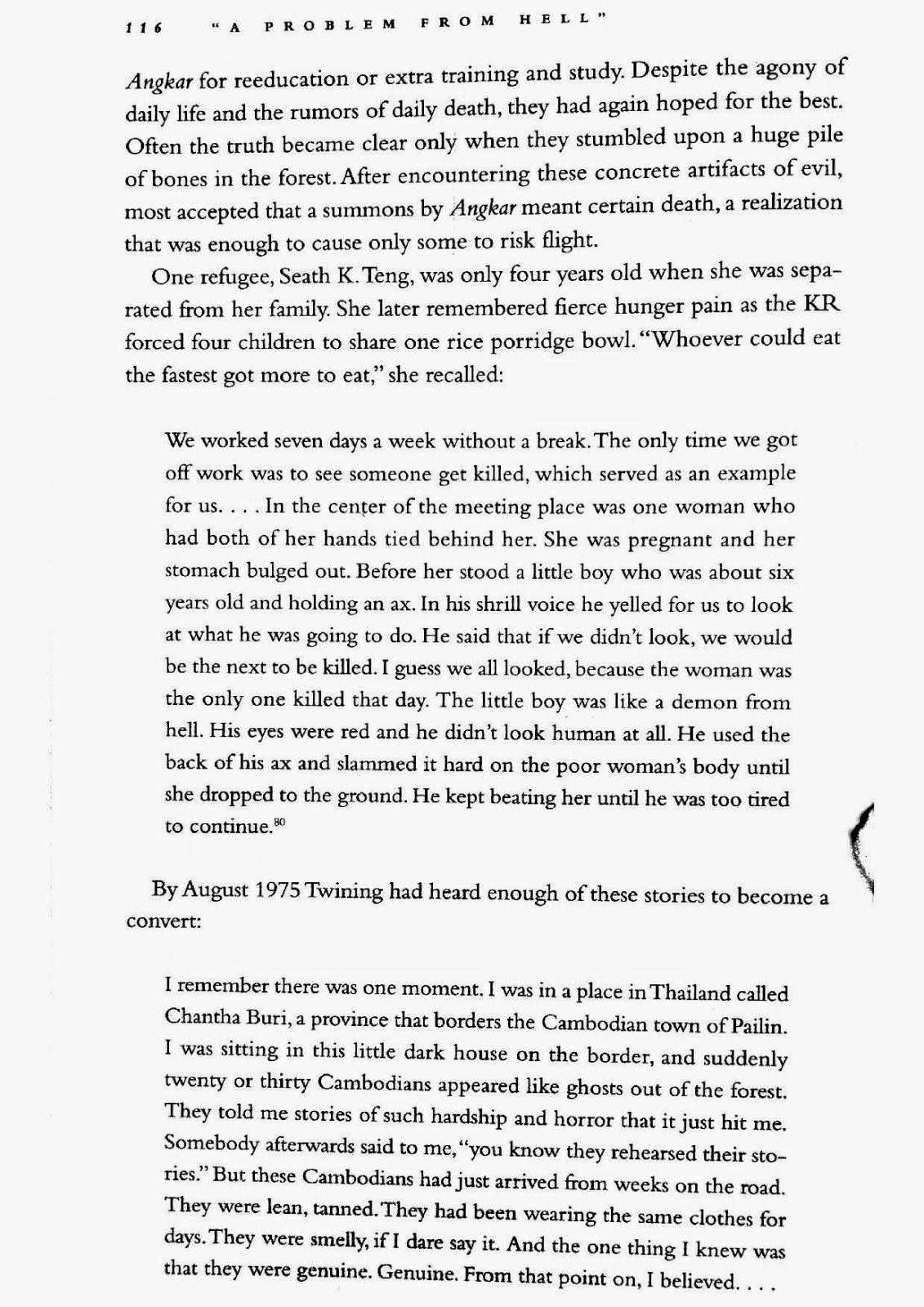 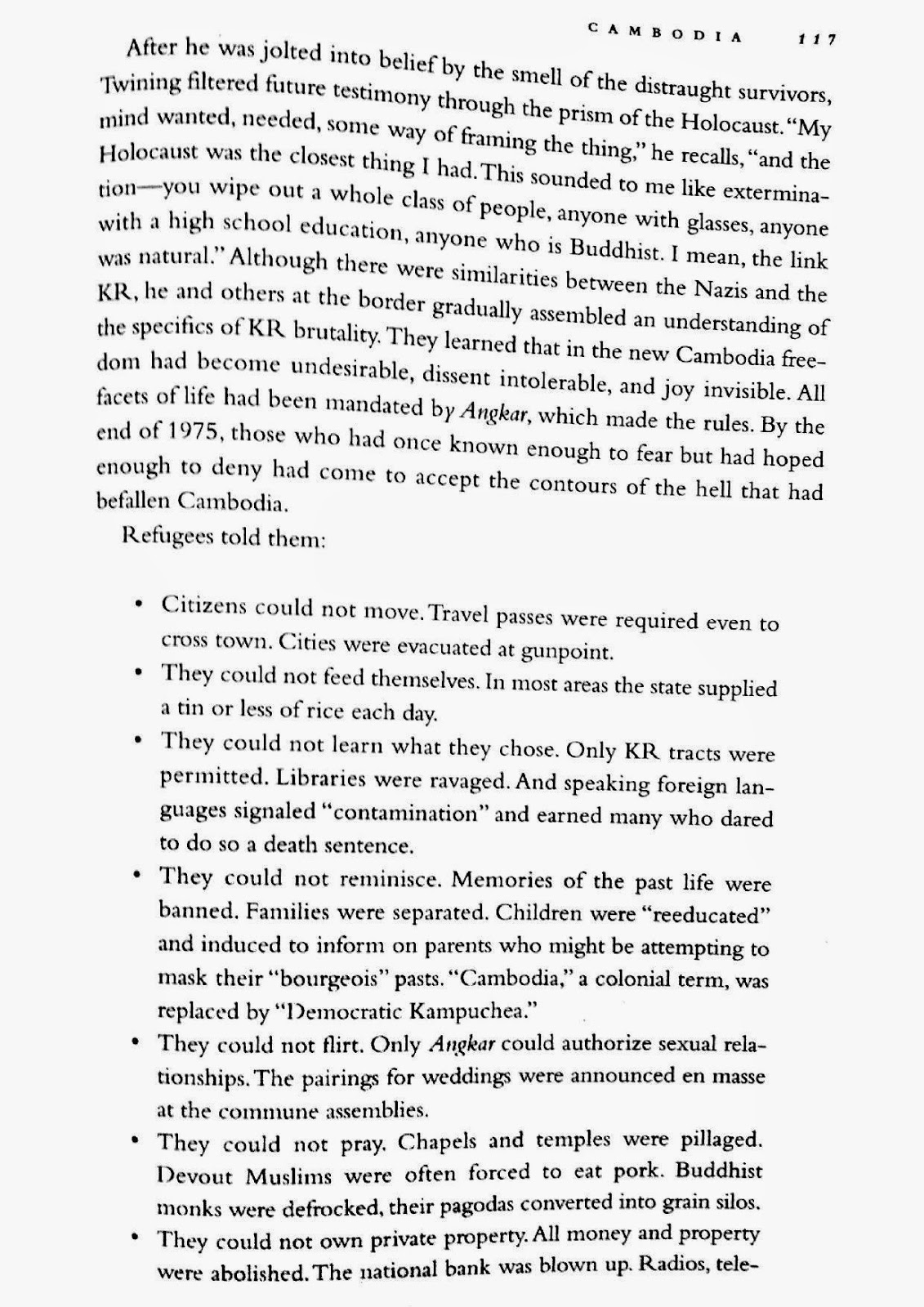 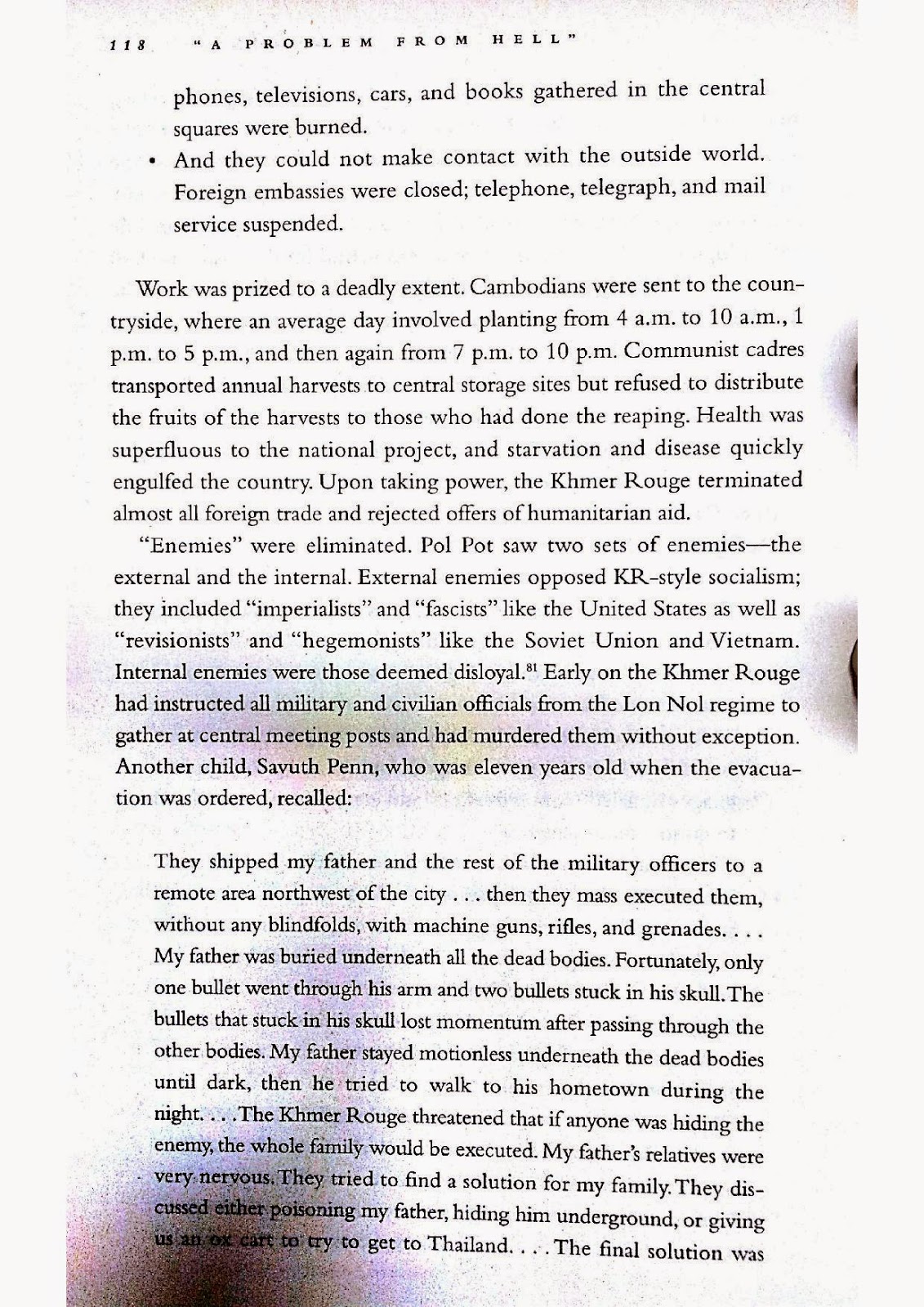 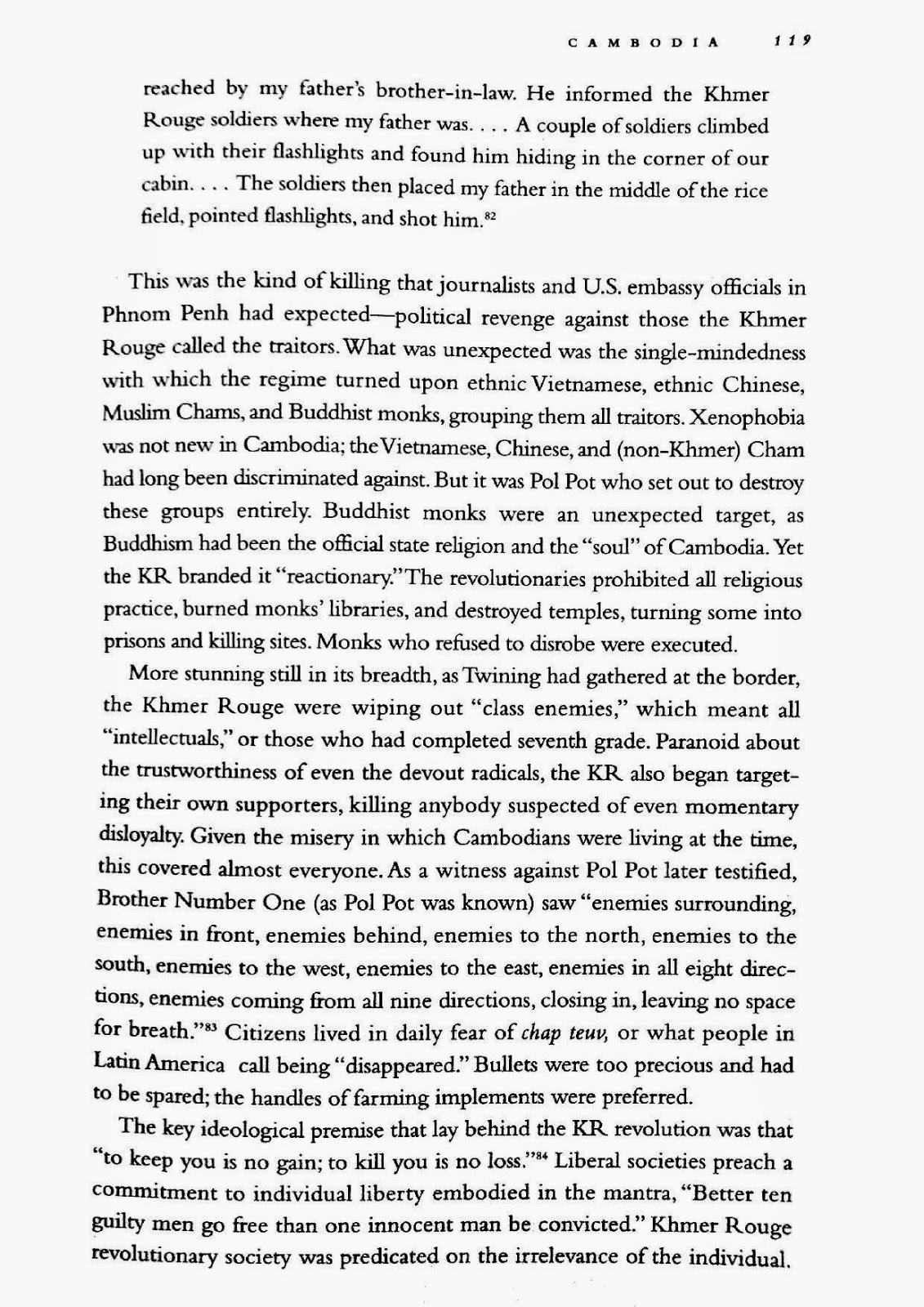