Rupert Murdoch owns News Corporation, one of the world's largest media companies. The company's media products reach practically every part of the globe. Such media tycoons have the power to shape and manipulate news and information to their taste or political and business interests, just like the villainous Elliot Carver in the James Bond flick, Tomorrow Never Dies. Yes, it is scary!

You must have read about the phone-hacking scandal involving the News of the World, Britain's largest-selling tabloid. (If you wish to know more about the key players in the phone-hacking saga, click here for a terrific graphic.) It was closed down after it got mired in what is probably the worst crisis to have hit Murdoch's media empire. In fact, he was grilled by the British MPs in Parliament, an episode telecast live across the world.

Indians know him as the guy who owns STAR Network, which runs a bouquet of channels including STAR Plus and Channel V. 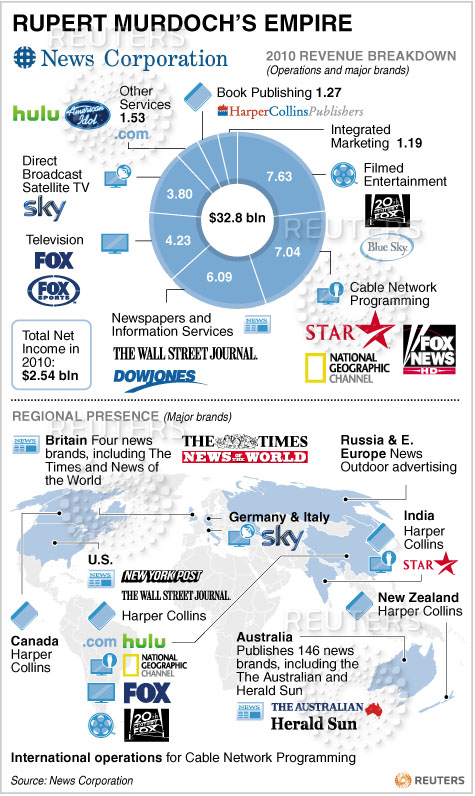 (Please select your reaction to the post; see below.)