Books I have Read in the Last 12 Months

As a teacher, I have often been asked about my book list, i.e., what do I read. The list below is the answer!

Please note that this is a partial list only. 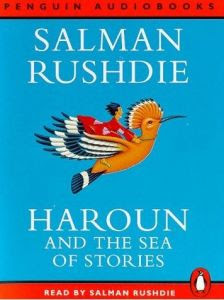 Apart from these, I am a great lover of comics, like Tinkle and the huge collections of Amar Chitra Katha.

Books that I read in the recent time...

I'm not an avid reader, but the books I've read are:
1. The diary of Anne Frank
2. Mein Kampf

for the past 5 months..
1. Argumentative Indian
2. Confessions of an Eco sinner
3. Nine lives
4. India unbound
5. INDIA-from midnight to the millennium and beyond
and now its "Magic Seeds" by V.S.Naipaul

Sir, please do suggest some books relted to geopolitics and history worth knowing

Sir Please find below few of my reads:
1) Emperor of All Maladies-A Biography of Cancer-Siddhartha Mukherjee
2) India After Gandhi-Ramchandra Guha
3) Devotion of Suspect X-Keigo Higashino
4) Seven Sacred Rivers-Bill Aitken
5) Remains of The Day-Kazuo Ishiguro
6) A Call to Honour- Jaswant Singh

Not that I'm endorsing Christianity but I felt it as an interesting read (of less than 100 pages) as it dealt about Jesus Christ from historical point of view (at least I felt so).

Read as in past tense not as in a command :)

Makes you interested in the great Indian novel all over again and sit up and take cognizance of some facts which might have been circumvented due to various reasons. The author's illustrations also add a dramatic touch teh book. Read teh book in frenzy to know more about an epic which does teach a lot. Doing the second read with my husband now. It is still asgripping the second time over...

Sir ! What is the best way we can read a book completely? In a way that creates an impact?