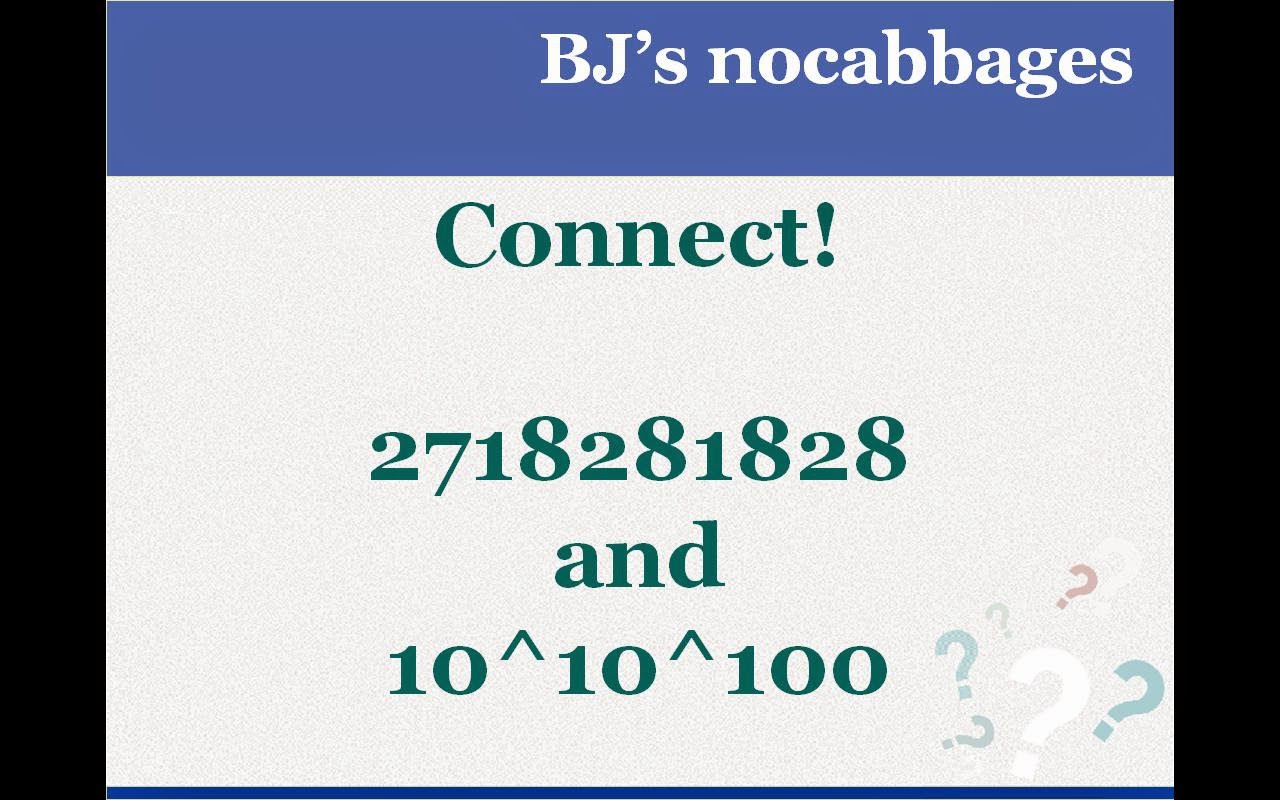 The connection is Google. The former is the amount Google intended to raise from its IPO which is the value of mathematical constant 'e' multiplied by a billion. And the latter is the value of googol, from where Google gets its name. :)

2718281828 is the amount Google wants to mobilize by sale of its shares through IPO. 10^10^100, the name given to this value is Googolplex which is also the name of Google's Headquarters complex in california U.S.

Yes, the connect is Google. Both Deepak and Rahul are correct. :-)