The Coal Block Allocation Scam, or the CoalGate as it has come to be nicknamed, relates to the allocation of coal blocks to certain favored parties without following the bidding system.

The Comptroller and Auditor-General of India (CAG) reported that this process of allocation of coal blocks without inviting open bidding led to a massive loss of Rs1,86,000 crore (Rupees One Lakh Eighty Six Thousand Crore) to the central and state governments.

The UPA Government dismissed the huge loss figure as a figment of imagination.

Later,the Supreme Court struck down the allocation of 204 coal blocks.

The new central government, i.e., NDA under Narendra Modi, went in for e-bidding to bring in transparency in the allocation system. Till yesterday, the allocation of just 33 (out of 204) coal blocks has brought in nearly Rs2 lakh crore!!

Tomorrow I shall share more on this scam; right now, let me share three pages from the work of P. C. Parakh, former secretary in the Ministry of Coal, Government of India. While a court had earlier absolved Mr Parakh of any wrong doing, a special CBI court has just issued summons to him.  Government of India.
Title: Crusader or Conspirator? 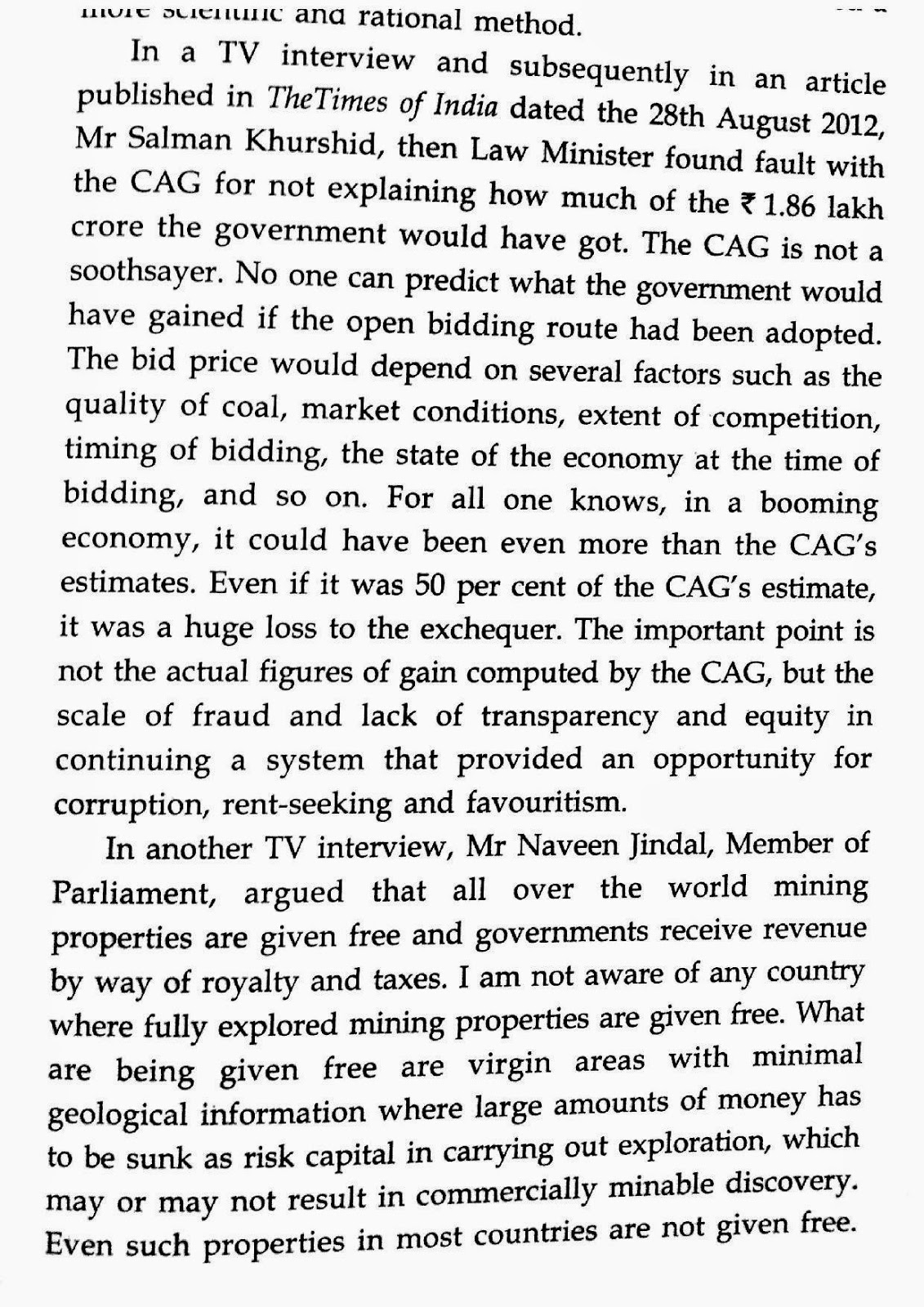 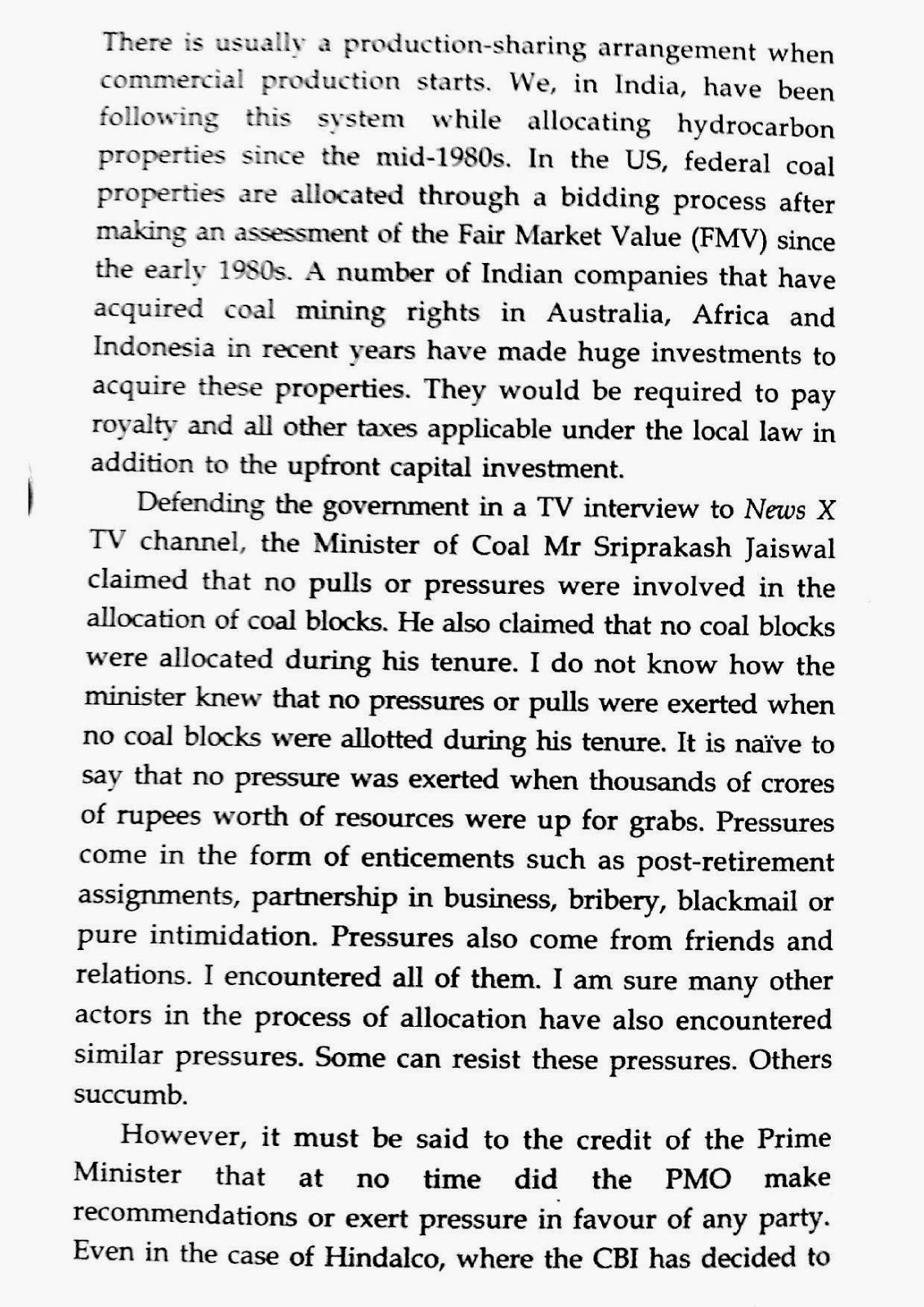 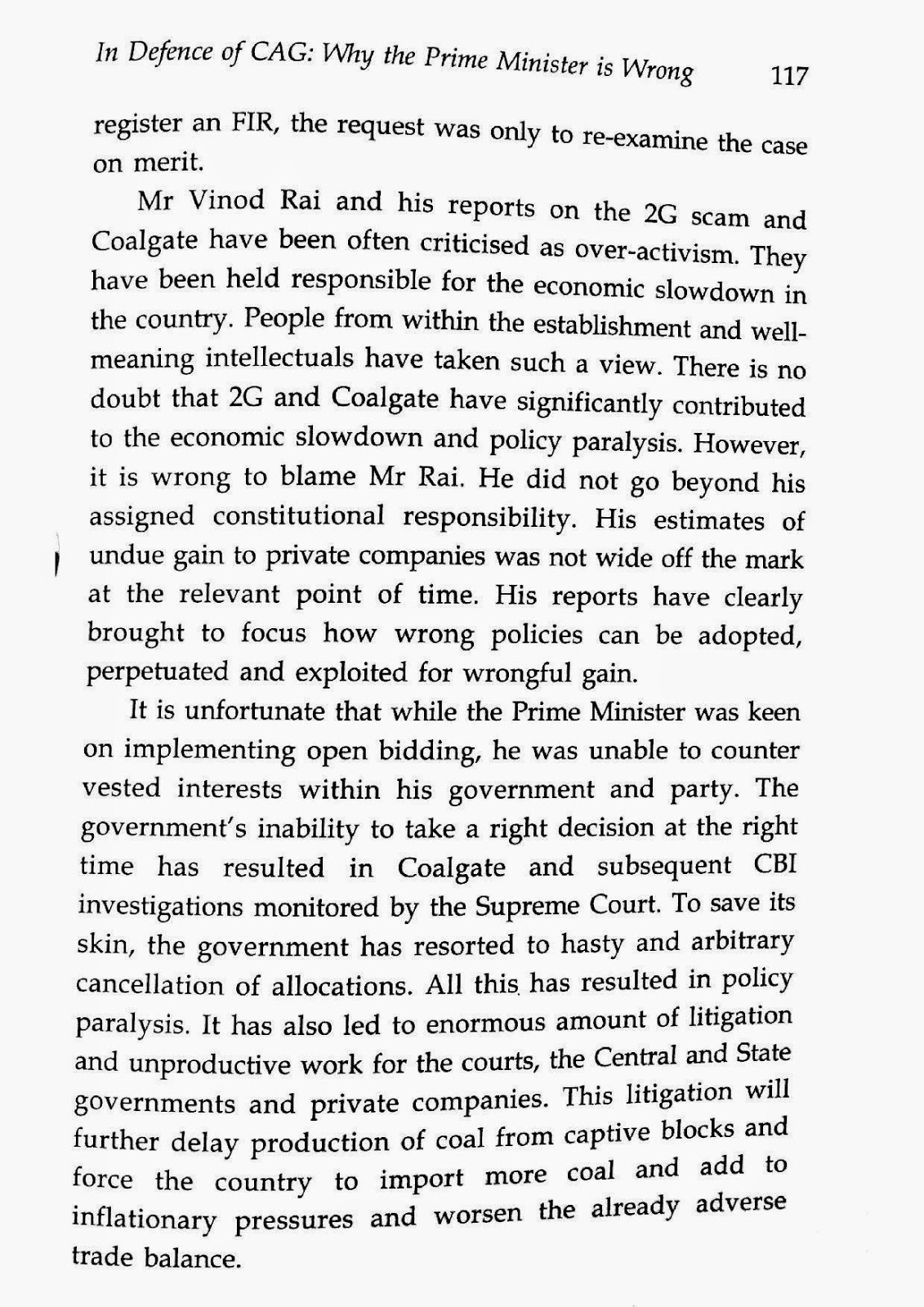