Book Excerpt: The Discovery of India

Of his many works, two stand out: The Discovery of India and Glimpses of World History.

The Discovery of India detailed a sweeping look at India's hoary past and an uncertain future under the British. While chronicling the story of India, Nehru dwells on an assortment of subjects - religion and its evolution over the centuries, culture and sub-cultures, development of science over the centuries, political philosophies, especially under British rule.

Glimpses of World History is actually built through letters that Nehru wrote to his daughter, Indira Priyadarshini (later Gandhi). The work lends a panoramic view of major global events—from Greek and other ancient civilisations to the turn of the 20th century—that have shaped the story of mankind.

While Nehru was not a professional historian, his vast knowledge and mastery of the English language makes reading these two works a great joy.

The Discovery of India was also made into a popular television series, Bharat Ek Khoj.

Kindly ignore the pen markings (like underlines); these scans are taken from my personal copy, which I bought and read in 1990.
Title: The Discovery of India 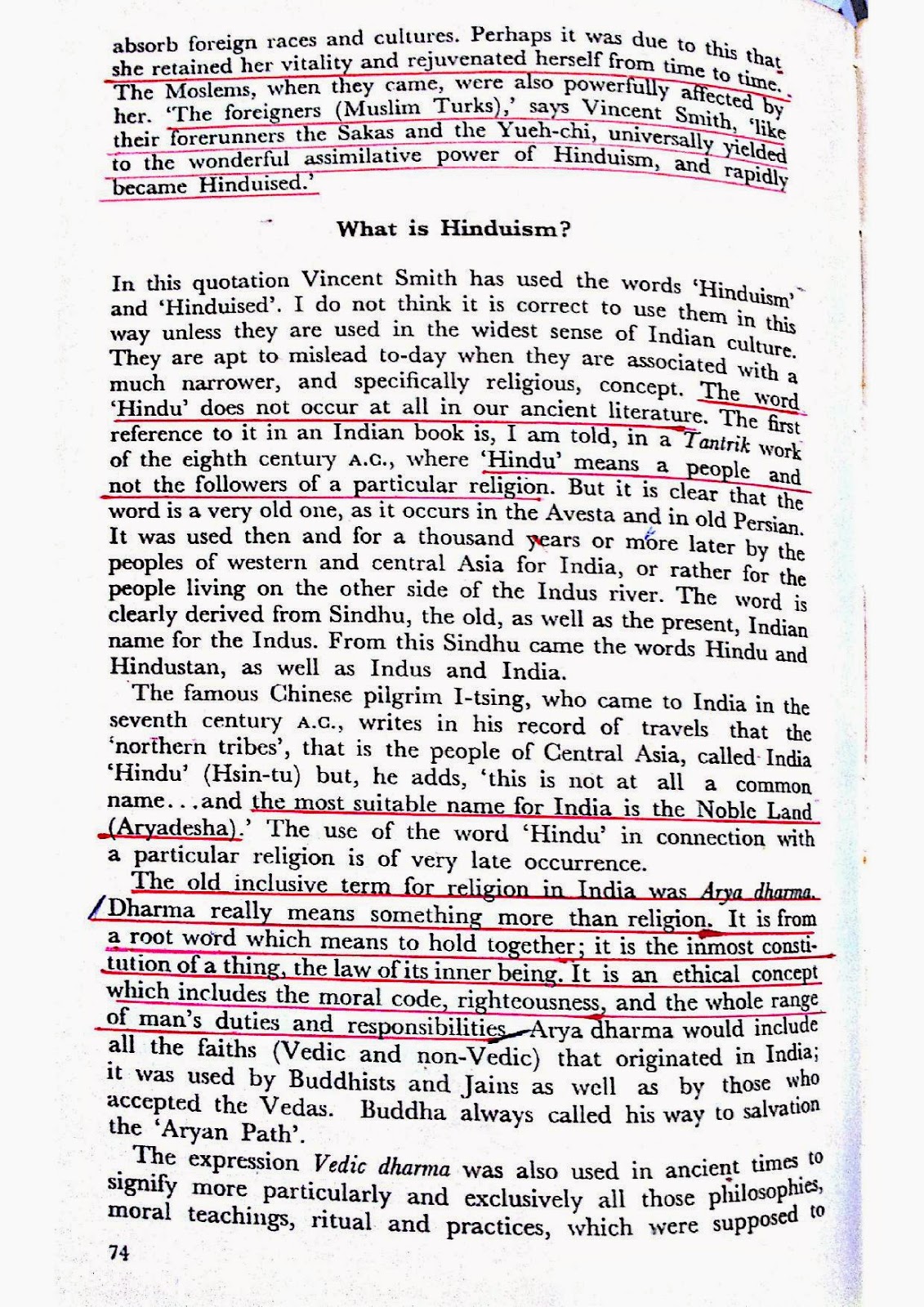 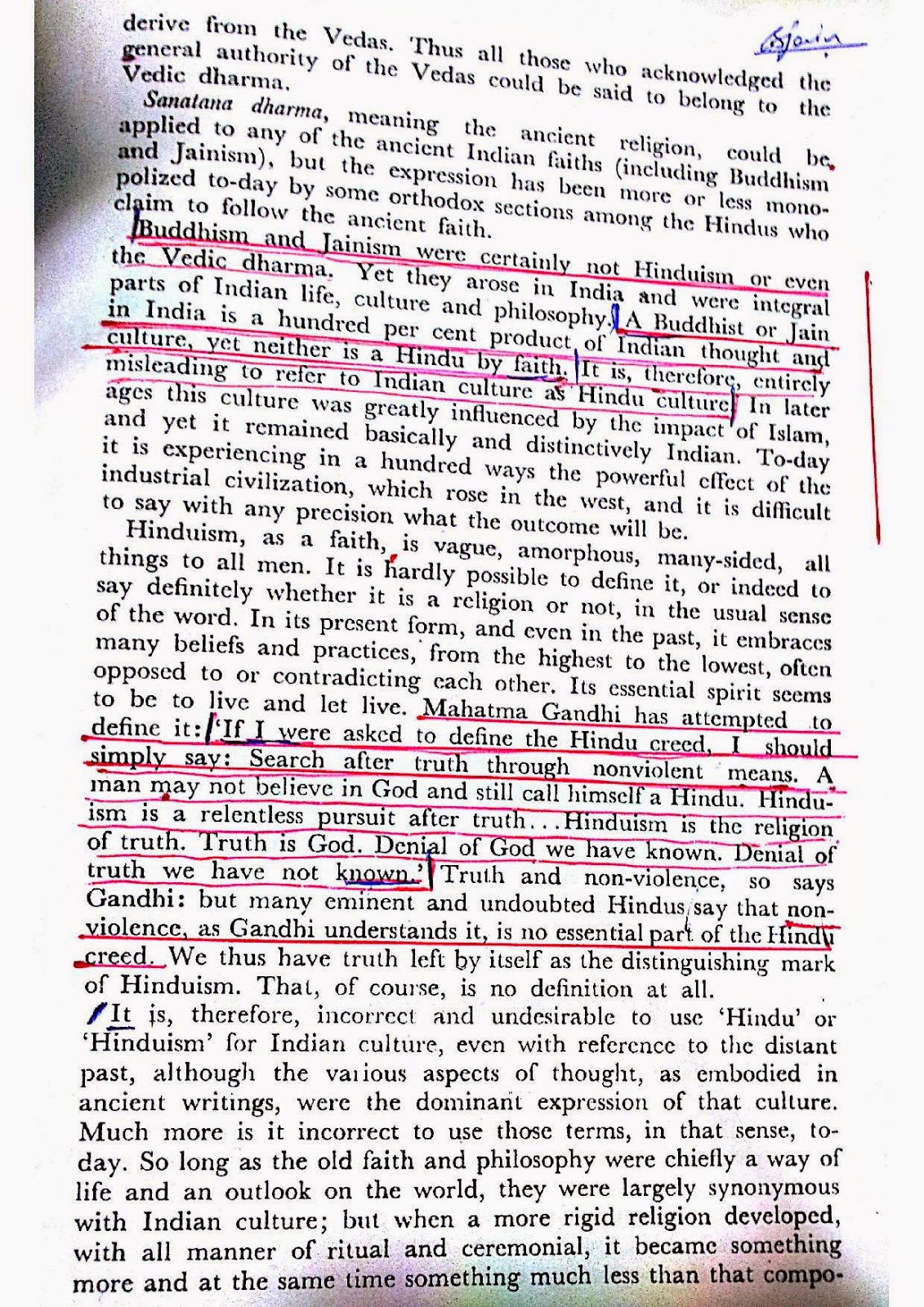 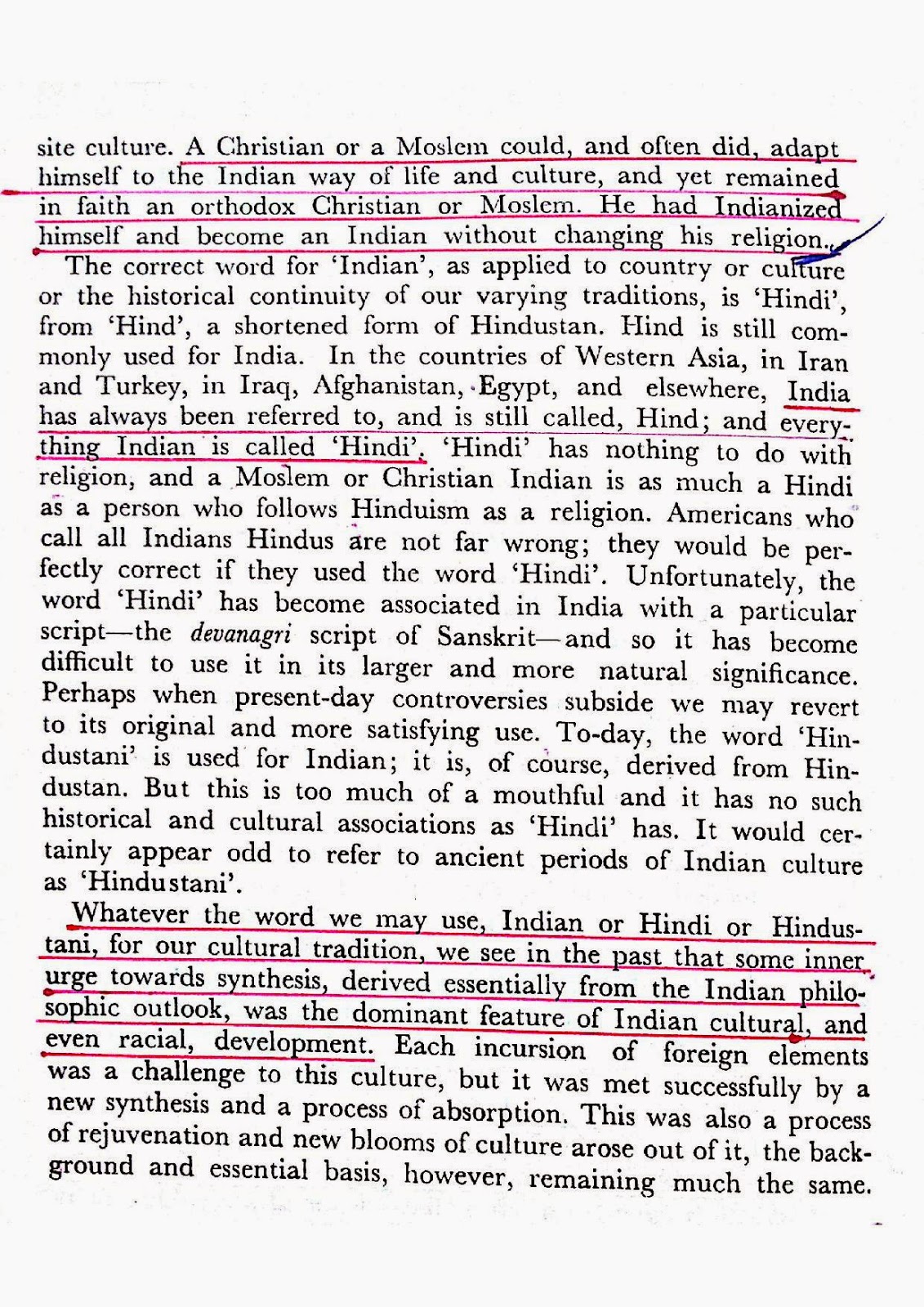