Yesterday, I wrote the first part in the 'Understanding the Budget' Series under The Explainer Series.

In today's article, I am going to address some very important aspects of the Union Budget. 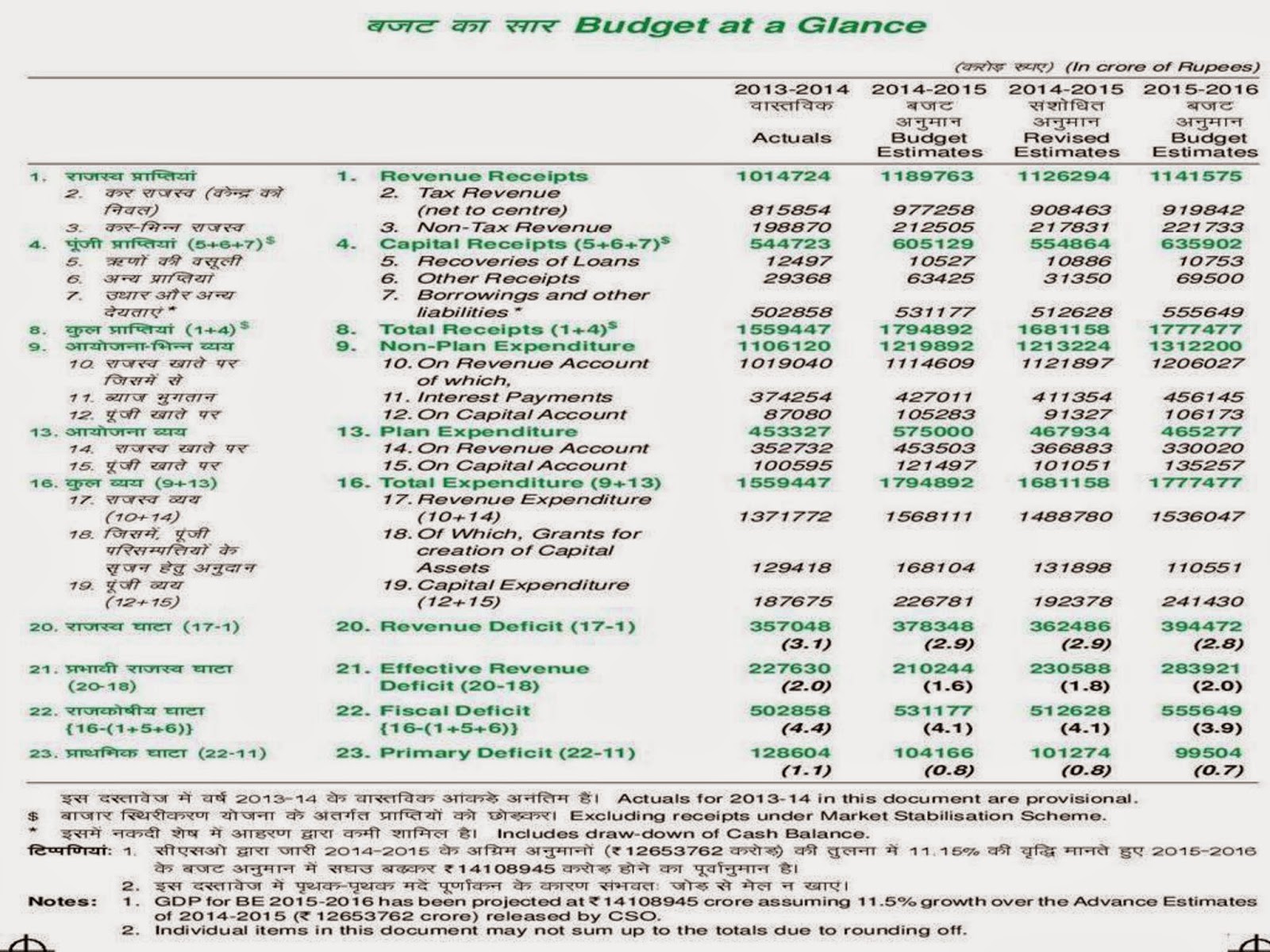 Budget Estimates (BE) relate to the figures which the Finance Minister set out in his Budget Speech last year (i.e., on 28 February 2014) for the Financial Year 2014-15.

In the fourth and last column, you will find Budget Estimates for the coming Financial Year 2015-16. These figures reflect the various estimates made by the Government in terms of Receipts (including tax collections) and Expenditures (including interest payments and salary payments to government employees).

No money from the Consolidated Fund of India can be spent by the Government without approval of the Parliament of India.

What is the Contingency Fund of India?
Contingency means ‘unforeseen’ or ‘emergency’. As mentioned above, all withdrawals  from the Consolidated Fund of India require prior approval of the Parliament.

However, sometimes there are emergency expenses for which the Government may not wait for the Parliament’s approval; like, expenses incurred to tackle a devastating flood/earthquake.

However, after the Parliament approves such expense, an equal amount is withdrawn from the Consolidated Fund of India to be put back into the Contingency Fund of India.

What are Public Accounts?
Public Accounts hold money that does not belong to the Government of India. Such accounts include the Employees Provident Fund and Small Savings Scheme. This money belongs to the general public but is held in Government’s trust.

Whenever withdrawals are made from such accounts, the Government pays out the amounts without the Parliament’s approval.

I hope this was easy to understand. Please share your feedback.

Is 2015(28th February 2015 ) wrongly mentioned in the sentence written under the heading BUDGET ESTIMATES(BE) or is it correct? Please explain if I am wrong.

Anudeep, thank you for the pointer! Corrected!